To share your memory on the wall of Donald Mattheis, sign in using one of the following options:

A Live-Streamed Funeral Service for Don will be at 1:00 p.m., Thursday, October 29, 2020 at Stevenson Funeral Home, Dickinson with Pastor Lisa Lewt... Read More
Donald "Don" Mattheis passed away on October 16, 2020 at Essentia Hospital in Fargo, ND.

A Live-Streamed Funeral Service for Don will be at 1:00 p.m., Thursday, October 29, 2020 at Stevenson Funeral Home, Dickinson with Pastor Lisa Lewton Officiating. The link for the Live-Stream will be available at the time of service.

The Graveside Service will be at approximately 4:00. p.m. CT at Peace Lutheran Cemetery in Hazen, ND.

Donald Harold Mattheis was born on March 7, 1955 in Hazen, N.D. He was the son of Harold and Alma (Scheid) Mattheis. He was the second child in a family of five. He attended school in Hazen ND and enjoyed working on the family farm. Following high school he attended Lake Region Jr College in Devils Lake, N.D. While taking square dancing lessons he met and eventually married his wife Judy (Ridley) on June 5, 1976. They moved to Hazen, ND where Don built Judy their first home. They lived in Hazen for 20 years while Don helped his dad farm and did carpentry work. He was an awesome dad of five children.

When his second child graduated from high school Don followed him to North Dakota State College of Science in Wahpeton, N.D. where he learned the Architectural Drafting Program. He found his new job at TMI in Dickinson, N.D. where he worked for the company for the next 20 years.

His favorite hobbies included camping and doing wildlife photography at the national parks.
Don is survived by his wife, Judy, and children- Theresa, Tom and wife Maria, Terry, Tony, and Tami Mattheis, all of Dickinson, N.D.

He was proceeded in death by his parents Harold and Alma Mattheis, Hazen, N.D. and his sister Naomi Mattheis.
Read Less

To send flowers to the family or plant a tree in memory of Donald Mattheis, please visit our Heartfelt Sympathies Store.

Receive notifications about information and event scheduling for Donald

We encourage you to share your most beloved memories of Donald here, so that the family and other loved ones can always see it. You can upload cherished photographs, or share your favorite stories, and can even comment on those shared by others.

Posted Oct 29, 2020 at 03:53pm
Deepest sympathies go out to Judy and the family from Leona and I. I wish I could have taken mom to the service but in her current condition it wasn’t possible. She did get to watch the service from the care center which was really nice. I would love to share the video with her if it’s available it was a little hard to see on tablet. What I could see brought up great memories growing up and going out to the farm. I always marveled at Don’s ability to fix anything with whatever was laying around the garage.

Posted Oct 29, 2020 at 10:49am
Sending prayers and healing for all of you.
I spent so much time out at the Matthews’ farm. I’ll never forget the Halloween haunted house they did, the night games we played and the many meals and memories shared. Don was a great husband, friend and father. I know he will be greatly missed. I hope the Lord brings you peace during this difficult time. Lean on him and your friends and family.
Comment Share
Share via:
RR

Posted Oct 29, 2020 at 10:08am
Judy, Theresa, and family, Please accept our deepest sympathies for the loss of your precious husband & father. Love & Blessings, Rachael & Mary

Posted Oct 28, 2020 at 06:47pm
Our Deepest Sympathies goes out to your Family! God Bless All of you during this difficult time. Don was such a kind & helpful friend. I enjoyed getting to know & spending time with Don & Judy at Peace Church. And these later years seeing them at WalMart and visiting with Don & Judy always made my shopping time more enjoyable. God Bless! & Our Sympathies! Shirley & Jeff Kallenbach
Comment Share
Share via:
BB

Posted Oct 28, 2020 at 01:49pm
My heart fell the day I heard the news! Our boys Nate and Terry spent lots of time together; Theresa babysitting for us. Brought our families together. Not that long ago I came across the photo we took in our back yard with the Boehler's the week before you moved to Dickinson. Don was a very caring giving man who did his utmost to provide for his family! I pray that the good Lord will give you peace and comfort in the coming days as you go through this journey. God Bless each and every one of you--Judy, Theresa, Tom, Terry, Tammy and Tony; significant others and family. Virtual Hugs to you All! Love Brenda Blasius
Comment Share
Share via: 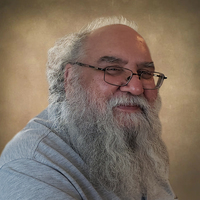