To share your memory on the wall of Franklin Fridrich, sign in using one of the following options:

Visitation for Frank will be 3:00 pm to 7:00 pm Wednesday, October 21st at Stevenson Funeral Home with a rosary and vigil service held at 6:00 pm.

Please adhere to social distancing guidelines provided by the CDC and ND Department of Health. To view the live webcast of Frank’s Funeral Mass, rosary, and vigil, please go to stevensonfuneralhome.com.

Franklin passed away Sunday, October 18, 2020 at Sanford Health Bismarck with his family by his side.
Franklin Joseph was born in Dickinson on April 7, 1946, the son of Frank and Rose (Kubas) Fridrich. Growing up, he attended St. Patrick’s grade school and graduated from Dickinson High School in 1964. Following graduation Franklin became a member of the ND Armory National Guard where he served for over 23 years. Franklin met Linda Anner and they were married May 27, 1967 at St. Joseph’s Catholic Church in Dickinson. Their marriage was blessed with four children. Franklin worked for various retail stores in Dickinson before starting his career in banking with Associates Finance. Soon after in 1970, Frank began working at American Bank Center and continued his career there for 42 years retiring as Market President in 2012. Franklin continued to be involved with the bank serving on the bank and holding company boards.

Franklin loved traveling with his bride Linda, especially to Arizona where they spent time with close friends. Franklin’s grandchildren were the love of his life and he enjoyed watching their sporting events. He enjoyed camping and anything that involved lake time with his family and grandchildren. Franklin’s weakness was cars, and he truly loved a new car but his favorite was his Corvette. Franklin was able to pick up his pride and joy, yellow Corvette at the Corvette Museum in 2014. Franklin loved taking trips to Spearfish for the Corvette rally with his friends.

He was preceded in death by his parents, Frank and Rose Fridrich; brother, Emil Fridrich; and his three infant grandchildren.

To send flowers to the family or plant a tree in memory of Franklin Fridrich, please visit our Heartfelt Sympathies Store.

Receive notifications about information and event scheduling for Franklin

We encourage you to share your most beloved memories of Franklin here, so that the family and other loved ones can always see it. You can upload cherished photographs, or share your favorite stories, and can even comment on those shared by others.

Angela & family, Dallas Kuntz, and other have sent flowers to the family of Franklin Fridrich.
Show you care by sending flowers

Posted Oct 21, 2020 at 02:27pm
Wonderful memories of times in the sunshine. Frank will remain in our hearts forever. Love and Hugs - Your Canadian Arizona Neighbors.

3 trees were planted in the memory of Franklin Fridrich

Posted Oct 21, 2020 at 12:03pm
Linda and family, May you have peace to bring comfort, strength for the days ahead and memories to forever hold in your hearts. God Bless you all.

3 trees were planted in the memory of Franklin Fridrich

Posted Oct 23, 2020 at 11:49am
Will never forget that Frank missed our 50th High School reunion because he just could not wait to pick up his beloved corvette!
Comment Share
Share via:
RD

Posted Oct 23, 2020 at 12:17am
Today a great man is at rest. In my opinion when all is said and done the measure of ones life are his children Jason , Justin , Jackie , and Jill Dad is very proud of his accomplishments. Linda , most would give much for the way he treasured you his kids and grandchildren . My bet he is just patiently waiting until you can all be together again .God bless you all .Mike and Connie Booke
Comment Share
Share via: 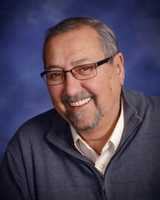 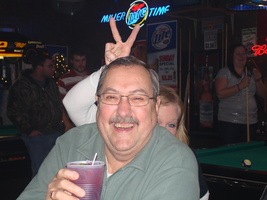 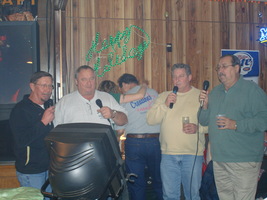