To share your memory on the wall of Russell Schmidt, sign in using one of the following options:

Print
A Graveside service for Russell Everet Schmidt, 69, of Dickinson, formerly of Halliday, will take place on Friday, November 13, 2020 at the North Dakota Veteran Cemetery, Mandan ND. Military honors will be presented.

Russell passed away... Read More
A Graveside service for Russell Everet Schmidt, 69, of Dickinson, formerly of Halliday, will take place on Friday, November 13, 2020 at the North Dakota Veteran Cemetery, Mandan ND. Military honors will be presented.

Russell Everet was born in Seattle, WA, on May 27, 1951, the son of Lawrence and Virginia (Kinberg) Schmidt. Growing up he attended schools in Washington. He was an enlisted soldier with the US Army during the Vietnam War (1969-1972), where he received his GED. Following his honorable discharge, Russell met Jacqueline Kennedy (also known as ‘Jackie’ to Russ). The couple was united in marriage on February 14, 1975 and were blessed with son, Lawrence and daughter, Delynn. In 2002, Russell and Jackie moved and made their home in Halliday. For many years, Russell enjoyed coaching The Special Olympics. A couple of years ago, they moved and made Dickinson their home. Russell loved and cherished his children. He will be missed.

He was preceded in death by his parents, Lawrence and Virginia Schmidt.
Read Less

To send flowers to the family or plant a tree in memory of Russell Schmidt, please visit our Heartfelt Sympathies Store.

Receive notifications about information and event scheduling for Russell

We encourage you to share your most beloved memories of Russell here, so that the family and other loved ones can always see it. You can upload cherished photographs, or share your favorite stories, and can even comment on those shared by others. 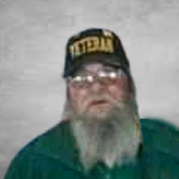