To share your memory on the wall of Verna Schatz, sign in using one of the following options:

Verna Delores Metzger Schatz was born on August 11, 1929 to William and Elizabeth (nee Miller) Metzger in Glen Ullin, North Dakota. The family lived in town and later on a farm in the Grassy Butte Area until 1935 when they made their residence in Hebron.

Verna attended the Hebron Public School system through her junior year of high school. Her first employment was a waitress at the local town café, and she worked for three years at Edward Jose’s grocery store in Hebron.

On November 4, 1949, Verna married Lester R. Schatz of Glen Ullin and this took her back to her first hometown. The couple lived on a farm northwest of town, and in 1964, the family moved to a new home southwest of town. The couple had two daughters, Carla and Colleen.

Verna worked alongside Lester with much of the farming and Charolais cattle operation. She enjoyed field work, especially during the haying season of raking hay and hauling bales. Lester and Verna brought the Charolais herd to a phenomenal point of being purebred in both the domestic and French Charolais line. This was done for 40 years, having started in 1958 and continuing until 1998.

Verna’s interests had been volunteering at the Marian Manor nursing home, doing puzzles that were usually framed, and making baby quilts for gift giving. She was a lifelong member of the United Church of Christ in Glen Ullin.

On December 13, 2016, Verna became a resident of the Marian Manor Healthcare Center due to progressing dementia which she has had since 2008. On November 16, 2018, she lost her husband, Lester, and they had been married for 69 years.

In lieu of flowers the family suggests memorials be made to Marian Manor Healthcare Center in Glen Ullin.
Read Less

To send flowers to the family or plant a tree in memory of Verna Schatz, please visit our Heartfelt Sympathies Store.

Receive notifications about information and event scheduling for Verna

We encourage you to share your most beloved memories of Verna here, so that the family and other loved ones can always see it. You can upload cherished photographs, or share your favorite stories, and can even comment on those shared by others.

Posted Sep 09, 2020 at 05:35pm
I’ll always remember Aunt Verna for her energy and her laugh. From coming to our farm to harvest potatoes or hauling bales at their farm she could make work go by quickly and have fun doing it. We really enjoyed when her, Uncle Les, Uncle Ishmael, Aunt Rose and Elaine came to our store for lunch and conversation numerous times. Our condolences to Carla and Colleen and their families.
Comment Share
Share via: 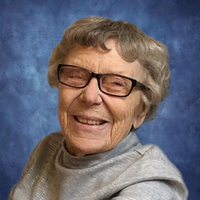