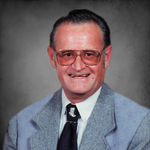 Services for Wellde Heinle, 80, of Dickinson will be 10:00 a.m., Saturday, March 20, 2021 at Living Word Fellowship in Dickinson with Pastor Scott Skones officiating. Burial to follow at First Baptist Cemetery in Hebron.

For those unable to attend, Wellde’s service will be livestreamed on the Living Word website livingwf.org – click “watch online” on the homepage.

Wellde Walter Heinle, the son Reinhardt and Hilda (Kitzan) Heinle, was born on June 27, 1940. He grew up on the family farm south of Hebron. His elementary education was both country school and Hebron Public School. He graduated with the class of 1959. On June 22, 1963 he married Mary Jean Sprenger at the Ebenezer Cong. Church, aka Old Leipzig Cong. Church rural Elgin, ND.

In April 1964, he began his career in the grain business. He started work with Peavey Elevator Company in Hebron, ND. From 1966-1970 he moved to Columbus, MT, managing the Peavey Elevator there. Then he moved to Zeeland, ND, managing the Farmers Elevator. From 1974-1944, he managed the Farmer’s Elevator (later Southwest Grain), at Richardton, ND. Also in 1994, he assisted in establishing a grain cleaning business with Stone Mill, Inc.

Due to ill health in 2000, they moved to Bismarck, where he began working for the Baptist Home, driving their van. After retiring, they moved to Dickinson, ND. He began employment with Public Transit in 2011 and retired from there three months short of his 80th birthday.

He enjoyed fishing with family and hunting with his brothers. He enjoyed camping out at Heart Butte, Lake Tschida. He also taught his grandchildren about filleting fish. He was also known for his jerky making skills and sausage making. Wellde was an honorary life member of the Richardton Rural Fire Department. He was a member of the Living Word Fellowship in Dickinson.

Do not weep for me as I have gone to a better place. Love each other as Jesus showed us His love for all of us. His favorite verse was John 3:16. His favorite song was “God on the Mountain.”