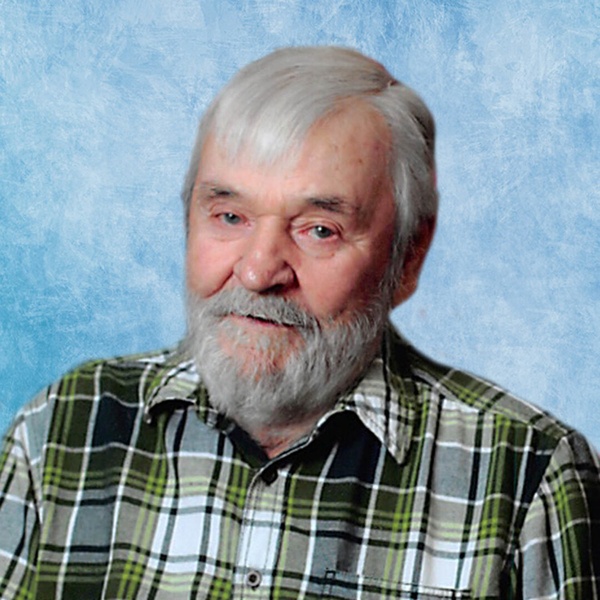 
Adam Schulz was born at home on April 10, 1934 in Lefor, ND to Joseph and Anna (Kubischta) Schulz.  He came from a family of 15 children; eight boys and seven girls.  Adam was the youngest boy.  His father came over from Germany, so all the family spoke German.  The children learned English while attending school.  Adam attended school through the eighth grade.  His family moved to the E-6 ranch in 1940.


Adam enjoyed working with animals and had a love for horses, dogs and anything with feathers.  He enjoyed watching horses and their newborns play.  Adam was 12 years old when he started hunting raccoons.  He was a superb marksman with his Marlin 22 lever action rifle.  He had seven coon dogs and was able to bring in thirty raccoons in one night.  He also had a pair of gray hound dogs that were used for hunting fox and coyotes.


One day when Adam was in town, he noticed a girl named Elaine Bautz who lived just five miles from their farm.  He was attracted to her and told his brother he wanted to ask her out but was afraid she might turn him down.  When he finally got up the courage, he asked her out to a movie.  She said she was wondering just when he would get around to asking her.


Elaine was 21 and Adam was 22 when they got married on October 15, 1956.  Early in 1958, Adam was drafted into the army and Elaine was pregnant with their first child.  While Adam was away, Elaine moved in with his parents until their daughter Karla was born.


Adam was stationed in Fort Ord, California and had Basic Training in Kentucky where he learned the art of building bridges.  He then went to Germany. Since Adam already knew the German language, the company commander asked him to interpret the language for him.  Adam was discharged at the end of 1959 and received a good conduct medal.


Adam went back to the farm and took it over.  He was happy to meet his first born, Karla.  Adam and Elaine had five more children, Jessie (who died as an infant in an automobile accident), Shereen, Sam, Korene, Jess and one fostered child, Ron Rausch.


Adam raised registered quarter horses and was told by the Quarter Horse Association that they were some of the finest in North Dakota.  He also raised Doberman Pinschers and pure white German Shepherds to sell.


Adam enjoyed everything on the farm.  He enjoyed going to implement dealers and just looking at machinery, auction sales, but most of all he enjoyed his family and had a special bond with his grandkids.  He enjoyed taking them to town for a drive and always ended with getting some sort of treat.  He will always be remembered for his story telling and his big smile.


He was preceded in death by his son Jessie; his parents; brothers, William, Tony, Louie, Ted, Nick and Alfred; sisters, Katie, Clara, Betty, Margaret and Magdelene.