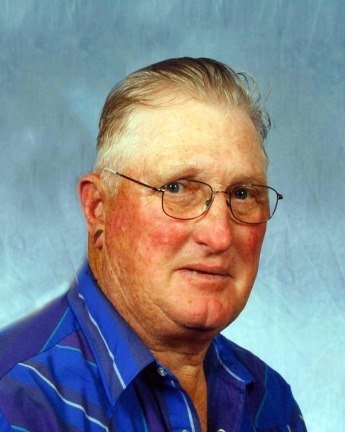 A Memorial Service for Albert Olheiser, 78, of Dickinson will be 10:30 a.m. Friday, November 4, 2022 at Stevenson Funeral Home in Dickinson with Pastor Scott Skones officiating. Inurnment will follow at the Dickinson Mausoleum. Military Honors will be provided.

Visitation will take place an hour before the service at the Funeral Home.

Albert Joseph Olheiser was born February 22, 1944 in Stark County. He was the second of six children born to Joseph and Catherine (Dukart) Olheiser. He grew up on a farm southwest of Dickinson. He started his schooling in Schefield being boarded there during the week until a school closer to home was opened. He graduated from eighth grade and went to work on the farm. In 1958 he started work for Dolajak Dairy working there for two years. His next employment was with J S Radiator Shop owned by his uncle, Tony Olheiser. In March of 1964, Albert enlisted in the National Guard. He worked as a Wheel Vehicle Mechanic and was Honorably Discharged, March of 1970. In April of 1964 he began employment with Kolling Construction. On December 15, 1971 there was a terrible construction accident at what was Husky Bricketting. He fell almost 30 feet from a scaffold. His injuries were severe. Through multiple surgeries and three and a half months in the hospital Albert was mended. During his recuperation, he earned his GED. He then went on to attend Bismarck State College.

On June 3, 1973 he married Margaret Rohde in what was the Bismarck Hospital. Yes, that is right. Albert was in traction at the hospital.

How could a wedding be cancelled within 5 days of the event? Albert and Margaret decided to be married in the hospital. Margaret went on to celebrate their marriage the next day at the Dickinson Eagles Club with a supper and dance, but without Albert. Guests really didn’t know what to say because the event was quite unusual.

Albert took over his dad’s farm in April 1974. Farming was challenging at that time when costs were high and income was low. Albert went back to work at Kolling Construction where he was an equipment operator, did routine maintenance work in the shop and all types of construction duties. Another construction accident happened in June of 2003, but he didn’t let the pain of his injuries slow him down. He retired in 2008 from construction but continued farming.

In 1976 Albert and Margaret were blessed with a daughter, Claudia. During Margaret’s pregnancy, Albert often was heard saying that he could teach a daughter to run a tractor just as well as a son – and he did.

Albert was preceded in death by his parents, Joseph and Catherine Olheiser; brother, Edward Olheiser; and brother-in-law, Mike Urlacher.