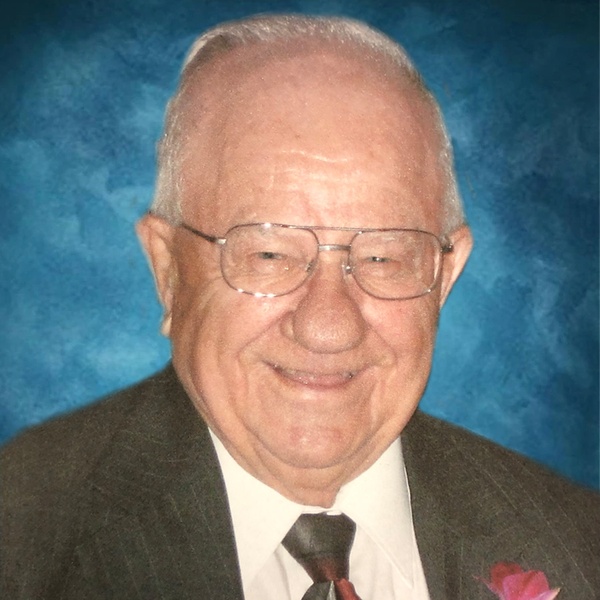 
Visitation for Alex will be one hour prior to the service at the church.


Alex came into this world on February 9, 1925 as a bouncing 14 pound baby boy. He was the 5th of 15 children born to Phillip Jr. and Christina (Flemmer) Hausauer. Alex was born in the back room of his grandfather Phillip Sr. shoe repair shop in Beulah, ND. As a young lad he claimed he could out run a rabbit and catch it for supper. But then we all know Alex was quite the jokester and storyteller. Alex worked for area farmers before coming to Hebron to work. He met and married Irene Wiege on October 21, 1951. They shared almost 68 years together. They have two daughters, Diane (late Rex) Winterroth and Paulette (Gary) Elder. Alex worked at several occupations over the years but retired from Morton County after 19 years. One of his favorite jobs was driving school bus for Hebron Public School in the 1960’s and operating the Hebron Bowling Lanes. Alex was also a very helpful man. He volunteered for many projects including welding the towers for the lights at the Hebron Public School football field which are still there today. In Alex’s early retirement years you could see him downtown for his morning and afternoon coffee sessions. The man loved a good cup of coffee and visit. Alex belonged to the Hebron First Baptist Church and held several positions as trustee, usher, and cemetery committee. He enjoyed a good card or board game. If he was playing with the grandkids, he always let them win, that is one reason he was voted ‘Best Grandpa Ever’.