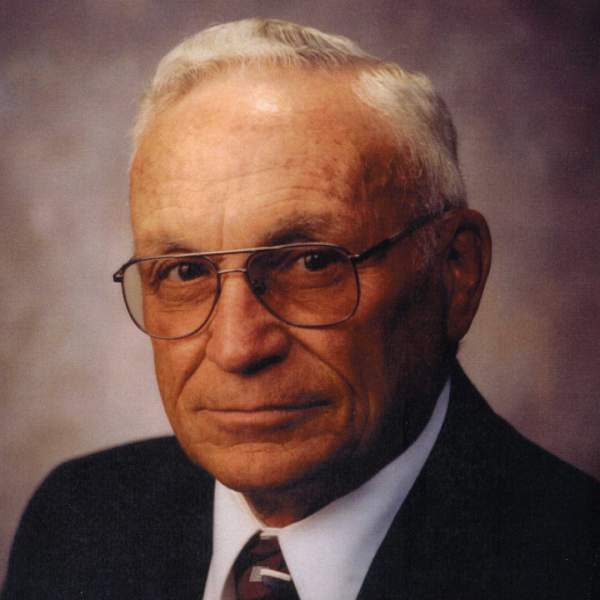 Alfred was born May 12, 1928 the only child of Peter J and Mary (Lefor) Dassinger of Gladstone.  He attended Garden School through the eighth grade and graduated from Gladstone High School.

Alfred was united in marriage to Veronica Martin on June 5th, 1950 at St. Thomas Catholic Church in Gladstone.  Together they farmed, milked cows, ranched and raised their family on the farm where Alfred grew up.

Alfred served his church as a lector and board member of St. Thomas Church of Gladstone.  He was an active member of K of C Council 5490 of Gladstone where he held nearly every office, and settled in as longtime treasurer.  He was a familiar figure as bartender, ticket seller or wherever help was needed.  Alfred and Veronica were recognized as outstanding Catholic Family of the year at the District level in 1977.

He enjoyed farming, especially working with his family, playing baseball, and after retirement, golf.

He was preceded in death by his parents Peter and Mary Dassinger, parents-in-law Frank and Veronica Martin, and 25 brothers and sisters-in-law.
To order memorial trees or send flowers to the family in memory of Alfred Dassinger, please visit our flower store.