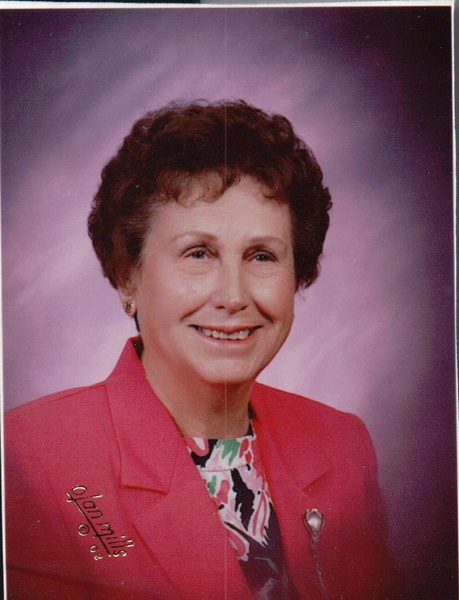 Funeral Service for Alice May Carlisle, 96, of Ekalaka, Montana will be Tuesday, April 27, 2021 1:00 p.m. at Stevenson Funeral Home of Ekalaka. Burial will be in the Beaver Lodge Cemetery in Ekalaka, MT. with Pasotr Jon Champlin officiating. Burial will follow at the Beaver Lodge Cemetery in Ekalaka. Reception to follow at The Events Center, Carter County Fairgrounds.

Alice May Bazil Carlisle of Ekalaka, Mt passed away April 17, 2021, just a few short weeks before turning 97 years old. Alice May Bazil was born on May 3, 1924 in Alliance, Nebraska. Her parents were Arthur Henry and Susan Marie Bazil. At the age of 3, her mother and step father, Moritz Kittelmann, moved their family to Carter County near the old Figg place, just off Conger Hill. They soon bought the place and moved about 4 miles south of Ekalaka. Alice and her siblings grew up on this place, going to the Buck County School. She was crowned the first Homecoming Queen of Carter County High School and graduated in 1941. Years later, the school became the Farmer’s Union where Alice worked as a bookkeeper during the 60’s, 70’s and 80’s. The building burned down and a new station was built on the highway where she continued to work for a total of twenty five years. Alice worked a few years at the Ekalaka Town Office later in her life.
Alice was a child of The Great Depression and she had many stories about life during those years of hard times that plagued our nation. The depression years were tough, but the family enjoyed the life they had with neighbors and friends. As years passed, Alice became a great resource to many people in the community and family when they wanted information about Ekalaka and the surrounding area in her younger years.
After graduating from high school, Alice married Raymond W. Carlisle. Ray has the distinction of having the first single man draft number to be called in Carter County, and went into the Army to serve his country honorably in the South Pacific during World War II for six years. While Ray was in the service, Alice went to Washington and Louisiana where Ray was stationed for about a year. She returned to Ekalaka to live with her parents and worked at the Clerk and Recorders Office in the court house. It was at this time the family place came up for sale and Alice thought it to be a good investment. So she took a leap of faith and bought it, even though Ray was still in the service. They raised sheep, cattle, and quarter horses. Alice always did her share of ranch work, helping hay, and doing night watch during spring lambing and calving season. She loved growing a garden and lovely flowers, caring for her chickens, playing cards, being a 4—H leader for 10 years, a VFW Auxiliary member for over fifty years, an American Legion Auxiliary member for decades and attending sporting and community events. Most of all, Alice liked to cook. The loves of her life, her grandkids, thought she was the best cook in the world. Grandma’s house was their special place. She enjoyed having people stop for a meal and the coffee pot was always on at her house. Alice was always thankful for the life the Lord and ranch and given her and her family. She lived on the place until a few days before her death.
Alice is survived by her four children, Raymond Carlisle ( Susie), LaMesa, NM, William Carlisle (Janet) and Kyle Carlisle both of Ekalaka, Hollis Espy (Hugh), Forsyth, MT; eleven grandchildren; fourteen great grandchildren; one great-great grandchild; sisters-in-laws, Vernalea Kittelmann, Ekalaka, MT and Lola Kittelmann, Butte, MT; and several nieces and nephews and their families.
Alice is preceded in death by her husband, Raymond Wesley Carlisle; parents Arthur Henry Bazil, Moritz and Susan Kittelmann; brothers and sisters-in-law, James and Melba Bazil, Charles and Hope Kittelmann; brother, George Kittelmann; sisters and brothers-in-law Frances and Pat LaBreck and Clara Bazil Farwell (Sherrill).
In lieu of flowers memorials may be given to EKalaka Track and Arena or charity of your choice.
To order memorial trees or send flowers to the family in memory of Alice Carlisle, please visit our flower store.