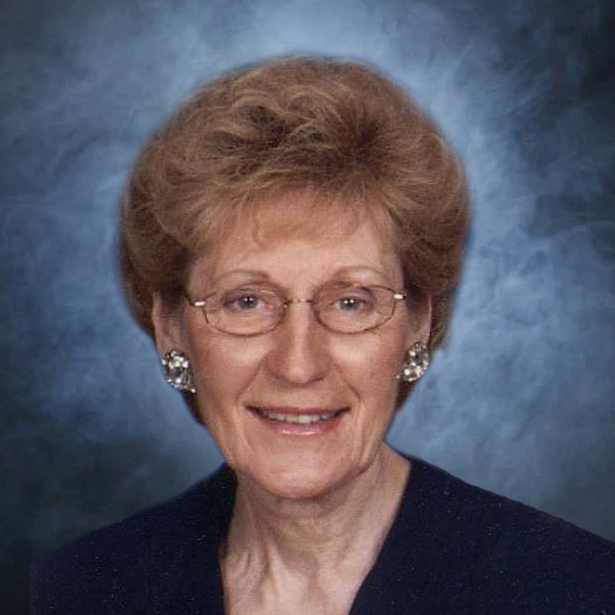 For those attending, please adhere to social distancing guidelines provided by the CDC and ND Department of Health. To view the live webcast of Angie’s funeral service and vigil service, please go to Stevenson Funeral Home website, click on Angie’s photo, and select photos and videos. The livestream will be active 15 minutes before the service.

Angie passed away Sunday, December 20, 2020 at her residence.

Angeline, the daughter of Frank and Minnie Schmidt, was born December 2, 1935 in a sod house built by her parents, 22 miles northwest of Dickinson, ND. Angie attended her first year of school in country school north of the farmstead. The second and third year of school, Angie lived with her grandmother Magdalena Schmidt and attended St. Joseph Catholic School. She lived with her grandfather Joseph Hushka during her forth and fifth grade and with Tony and Eleanore Schmidt for her sixth and seventh grade. In 1949, the farmstead was sold and the family moved to Dickinson. Angie graduated from Dickinson High School in 1954.

On October 9, 1958, Angeline and Henry Schank were married at St. Joseph Catholic Church in Dickinson. Hank and Angie were blessed with three children; Pamela, Russell, and Kelly.

Angie worked for Horstman Studio for 22 years painting portraits, a profession she loved.
She loved doing volunteer work for various organizations. Angie was involved with the Mrs. Jaycees for many years, helped with organizing the “Taste of the West” for the Sacred Heart Monastery and helped with organizing St. Benedict’s Health Care Center’s “Candlelight Dinner.” Angie was a member of St. Patrick’s Catholic Parish where she served as a Eucharistic Minister, a member of the Worship committee, decorating committee and the environment committee.

Memorials can be made to St. Patrick’s Parish or Trinity High School.
To order memorial trees or send flowers to the family in memory of Angeline "Angie" Schank, please visit our flower store.
Send a Sympathy Card