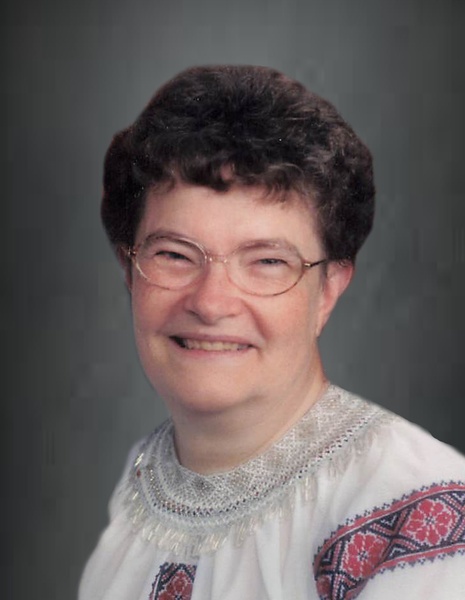 Ann passed away Sunday, October 3, surrounded by her family at Evergreen, Dickinson.
Ann was born August 20, 1936, on a farm in the Snow Community of Billings County, North Dakota. She was the 11th child born to Pete and Mary (Kordonowy) Kanski. Growing up she attended Indian Springs Grade School in Billings County and graduated from Dickinson’s Model High School with the class of 1954. That fall, Ann met Roy A. Basaraba and they were united in marriage on November 6, 1954 at the St. Demetrius Ukrainian Catholic Church. Their marriage was blessed with nine children: Teresa, Donald, Bernadette, Kiki, Stephanie, Patricia, Yvonne, Kathy Jo and Roy. Together they farmed and ranched, raising their family northwest of Fairfield on Magpie Creek Road until 1987. Roy and Ann were the 2nd family generation to operate the ranch, which is now run by their son Donald and his family. Ann worked alongside Roy on the ranch and was a great support. She enjoyed gardening, baking and she was a master of Ukrainian embroidery (which also included blouses for dancers, shirts and scarves) and crocheted little angels were her specialty. The Ukrainian Festival quilt was an important piece of Ann’s history. Ann and Roy were Malanka couple in 1991 and inducted into the ND Ukrainian Hall of Fame in 1998. They were featured in the: “From the Wellsprings: Faith, Soil, Tradition” book published in 1997 by the ND Council on the Arts. Ann was selfless, caring, loving, a quiet person but strong-willed, and she led a very faith based life. She taught First Communion Class for many years. Her Ukrainian culture and her Ukrainian Catholic Church were very important to her. Her devotion to the Holy Rosary was passed on to her children. Ann was so much more than just a daughter, sister, wife, mother, grandmother and great-grandmother. Her faith, family, and Ukrainian heritage leaves a legacy for her family to cherish forever.