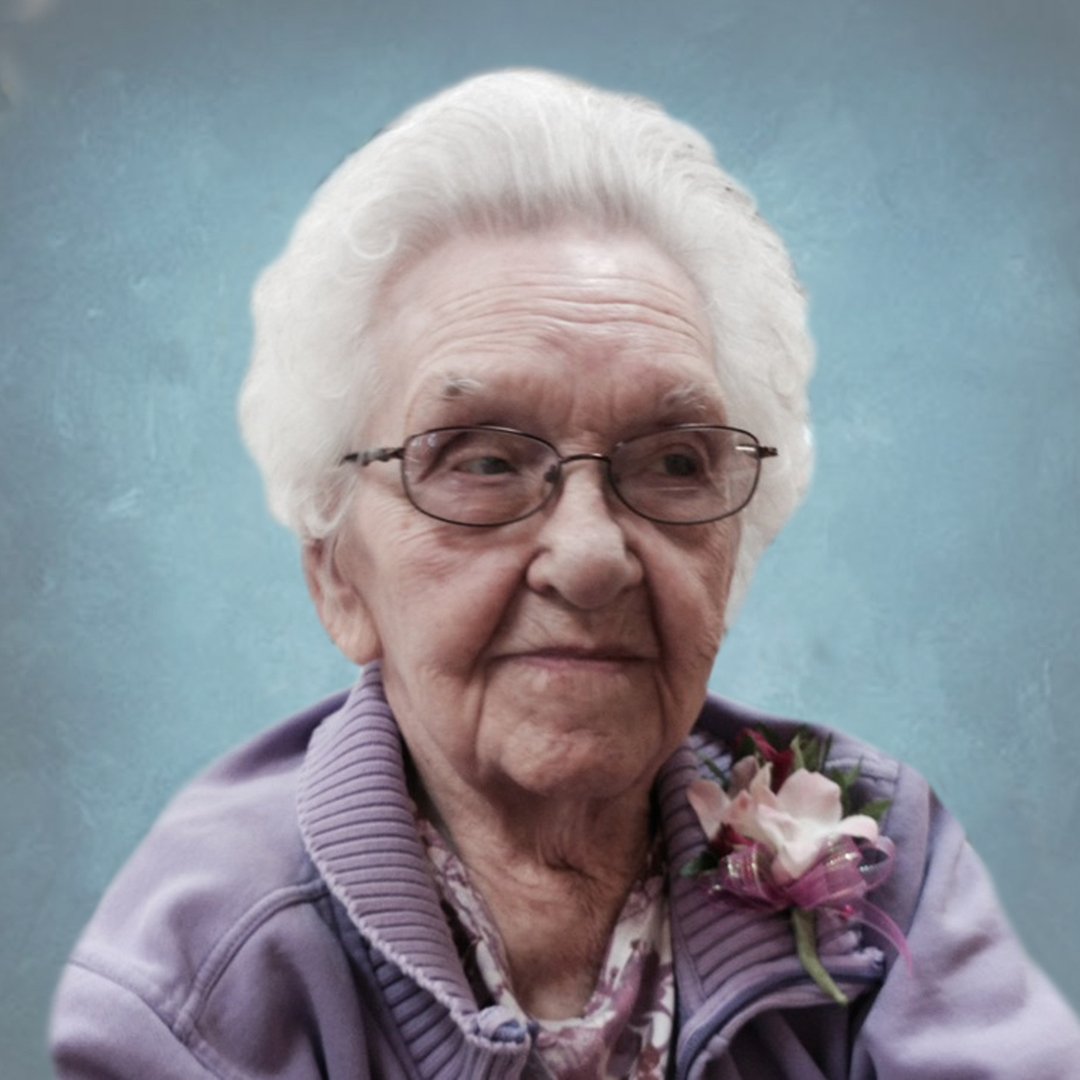 Divine Liturgy of Christian Burial for Anna Basaraba, 104, of Williston, will be 11:30 a.m., Thursday, May 23, 2019 at St. John’s Ukrainian Catholic Church in Belfield with Father Ivan Shkumbatyuk celebrating.  Burial will be in in Sts. Peter and Paul Ukrainian Orthodox Cemetery.

Rosary and Panakhyda service being held at 10:00 a.m., Thursday, May 23, 2019 at Sts. Peter and Paul Ukrainian Orthodox Church in Belfield.

Anna passed peacefully February 14, 2019 at Bethel Nursing Home, Williston, ND while in the great care of their staff for over the past ten years.

Anna Basaraba was born December 25, 1914 to Sam and Lena (Anheluk) Gulka on the family farm near New Hradec in Stark County. She grew up on the family farm and attended the local country school. She married John Basaraba on May 31, 1934 and continued to live on the family farm, until moving to Belfield in 1952, living next door to John’s parents and building a new home in 1960. John and Anna had five children: Marvin, Dorothy, John, Doraleen,and James. Anna was a cook for the Belfield School system for many years and also in Medora during the summer months. Anna was a marvelous cook and nothing pleased her more than hosting the holidays with a wide variety of Ukrainian food for her family. Everything was made from scratch and was exceptional.
After her husband John passed in 1969, Anna learned to drive at the age of 55 and continued to work for many years.

Anna was also an avid gardener, crafter, and good neighbor. She loved her cats and they were an integral part of her life giving her much comfort and companionship. She loved to travel and made many trips to Puerto Rico, Colorado, and Florida to enjoy time with family. Anna loved to walk and stay active. When the weather turned cold she rode her exercise bike at least five miles a day and wore out at least three of them!
She resided in Belfield until she turned 94 in 2008 and then moved to Bethel Nursing Home in Williston.