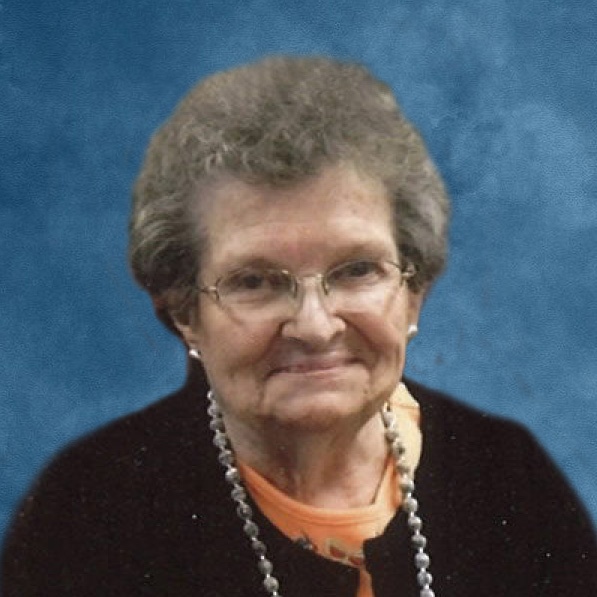 Funeral Mass for Anna “Ann” Binstock, 97, of Dickinson will be 10:00 a.m., Thursday, December 19, 2019 at St. Mary’s Catholic Church in South Heart with Father Shane Campbell celebrating. Burial will follow at the church cemetery.

Anna was born March 7, 1922 in Stark County to Adolph and Mary (Splichal) Privratsky. She was the first girl to be born after eight boys. As a young lady she was known as little Annie. She was hard worker on the farm, getting up early to milk cows, tend the sheep and managing to attend school on time after running a mile across fields.

At a dance she met her forever guy, Fritz Binstock. The couple married June 24, 1941 in South Heart. They danced the rest of their years together and their favorite waltz was “My Darling Ann,” which Fritz would sing to her.

In 1980, they moved into their new home in South Heart where she enjoyed friends and her flower gardens. She later moved to Evergreen in 2007 and enjoyed her time there until moving to St. Benedicts, her final home.

Anna loved to garden and take care of her farm animals. She made a quilt for all of her grandchildren. Anna was known for her delicious food including her famous chicken noodle soup. She always made sure everyone went home with pastries.

Anna was a member of St. Pius Verein, St. Mary’s Catholic Church, Christian Mothers, Altar Society and South Heart Senior Citizens. She was also a member of the RSVP for 25 years.

She will be dearly missed by all.