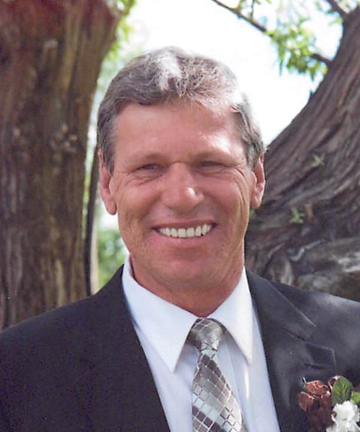 Liturgy of the Word for Anthony “Mike” Schwindt, 66, of Dickinson, will be 10:30 a.m., Wednesday, June 22, 2022 at Stevenson Funeral Home in Dickinson with Deacon Al Schwindt officiating.

Anthony (Mike) Schwindt passed away peacefully in his home on June 7th, 2022.

Mike was born on May 7th, 1956 in Dickinson, ND, the son of Anton J. & Magdalene (Pachl) Schwindt. Mike attended St. Joseph’s grade school and graduated from Trinity High School in 1975. He started working for Burlington Northern Railroad in 1976. He worked hard to provide for his family and made many good friends. After 40 years, he retired in 2016.

Mike married his high school sweetheart Mary Ann (Splichal) on September 29th, 1977. To this union they had three children Sarah, Stacey, and Jamie. He loved his children and raised them up to love his passion for fishing and camping and that continued with his grandchildren up to this day.

Mike cherished gatherings with family, grandkids, and friends. He was the life of the party. He loved gardening and he took pride in making his yard look nice. He also enjoyed tinkering in the garage.  He enjoyed watching football as he was a Minnesota Vikings fan. He loved going to car shows, auctions and garage sales. He also made the best deep fried turkey every Christmas Eve. He was always willing to help anyone who needed it.

Mike had a great sense of humor. Starting in grade school, where he was known as the class clown. He carried this with him throughout his battle with cancer. His doctors and nurses loved his sense of humor. Mike was a fighter!!! His courage and strength amazed us all. He fought through every bump that came along the way battling three years of pancreatic cancer.

He was one in a million! Mike will be forever loved and dearly missed and always in our hearts.

God saw that he suffered long enough, took his hand, and said follow me and you will suffer no longer.