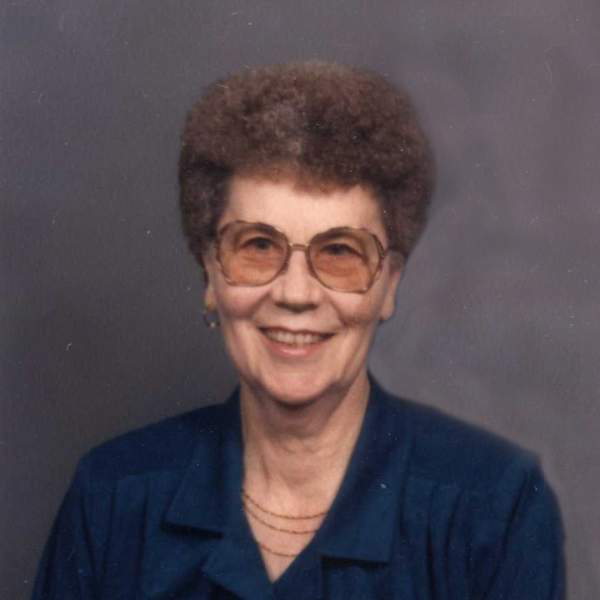 Graveside services for Arilene Kirsch, 90, of Dickinson, formerly of Gladstone, will be 11:00 a.m. Wednesday, April 22, 2020 at Pioneer Lutheran (Enger) Cemetery, south of Gladstone. If attending please adhere to social distancing guidelines for the safety of others. The graveside service will be shown on Stevenson Funeral Home Facebook page, Wednesday at 11:00 a.m.

Arilene Kirsch was born August 18, 1929 in Gladstone to Jens and Cora (Bilden) Enger. She grew up on the Enger family farm south of town. Arilene attended school in a one-room school house near the farm. After school she continued to help her father on the farm. It was during this time that she met Walter Kirsch and the two were married on July 18, 1953. To this union was born three children, Pam, Jim and Lori. They farmed and ranched in the Gladstone community until they moved to Dickinson in 1977. Arilene worked at the Donut Hole in Dickinson for 40 years.

She enjoyed sewing, and made many clothes for her family. She also enjoyed baking, cooking and canning for her family. Arilene was also fond of gardening and working in her flowers.

Arilene was a 4H club leader in her early years. She was also a charter member of the Evening Circle at Taylor Lutheran where she served as president, secretary and steward.

She is preceded in death by both of her parents, her husband, Walter; siblings, Jestina Vangsness, Adeline Lawrence, Vivian Merganthal, Selmer Enger, Paul Enger and an infant brother, Edward.

In Lieu of flowers the family suggests memorials to the Taylor Luther Church.
To order memorial trees or send flowers to the family in memory of Arilene Kirsch, please visit our flower store.