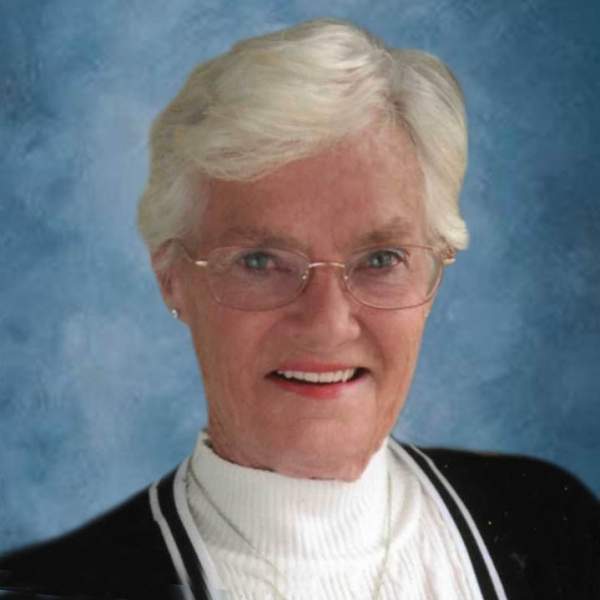 
Arleen passed away Tuesday, May 21, 2019 at Fallon Medical Complex in Baker.


She was born Nov. 19, 1931 to William F. and Jessie Rawn Stieg of Fallon County. She was the 4
th
child in a family of five children. She gained the birth order by beating her twin brother, Arthur Galen, into the world by 15 minutes. That was probably the only time she ever beat Art at anything, especially golf. They had two older sisters, Betty and Helen, and one older brother Bill.


Arleen began her grade school education at Plevna and finished the 8
th
grade at the Morton School near her parent’s farm. She graduated from Baker High School in 1949.


She attended two years of college at Bozeman, but just a week before her junior year, her father died. Since her four siblings were married with families, Arleen decided to stay home with her mother for one year before finishing college.


During this time, she met Delane Beach and by March of 1953, she said, “who needs college to be a farmer’s wife?” and she and Delane were married. They farmed in the Willard area and raised their three children, Sheryl, Kalli and John, there. She was extremely happy with her choice. Arleen loved being a wife and mother, even filling in as hired hand (unpaid) driving tractor or combine as needed. Arleen was one of the hardest working people anyone could have known. Her willingness to work endless hours allowed for her family’s livelihood on the farm to be possible, much like her mentor and aunt, Louisa Stieg, who was featured in a 1950 article titled, “Lady, Can You Rope a Steer?” in
The Saturday Evening Post
, describing the hardships of a young, female immigrant, struggling to own land in America. Arleen also enjoyed watching her children grow into adults, parents, and grandparents. She thoroughly loved the mother, grandmother and great-grandmother status. Arleen taught many of her grandchildren to drive vehicles and run farm equipment, not only because she was patient and loving enough to handle the task, but brave enough to endure its risks.


Arleen was also a staunch supporter of Delane and his role as Fallon County Commissioner for eighteen years, even though she did not care much for politics. She attended conventions and all sorts of political meetings and events and listened to hundreds, if not more, of political arguments. Many thought Arleen herself should run for Commissioner.


She didn’t care much for country western music either but endured it for 49
1
/2 years. She did draw the line at
The Grand Ole Opry
and
Hee Haw
, choosing a good book instead. She was always an avid lover of dancing, having cajoled Delane into taking waltz lessons. They enjoyed traveling and visited every state in the union over the years; Alaska and Hawaii twice. They made one trip overseas to Europe and Russia. When Delane’s health began to fail in 1989, they traveled to the Rio Grande Valley of Texas for the winter months. After Delane’s death in 2002, Arleen continued to spend her winters in Texas, residing in Baker for the summer months. One of Arleen’s regrets was that Delane and she were unable to celebrate their 50
th
wedding anniversary, missing it by only a few months


Arleen spent many enjoyable years between Texas, Montana and Iowa with her significant other, Kenny Beaderstadt. They traveled, spent time with families and friends, and became an inseparable couple before Arleen’s need for assisted living took precedence. Kenny’s relationship, thoughtfulness and care for Arleen and her family will always be cherished.


Arleen was known for a piercing scream and a laugh that would challenge you not to participate. She was not only hard-working and relentless, but compassionate and caring as well. She tutored children in Texas, cared for those in need, taught with patience, refrained from judging, always encouraged and seldom complained or asked for help. Arleen was a daughter, a sister, a wife, a mother, a grandmother, a friend, and most importantly, an example for humanity.


The family suggests memorials be made to Fallon County Daycare Fund, Box 691,Baker,MT 59313.