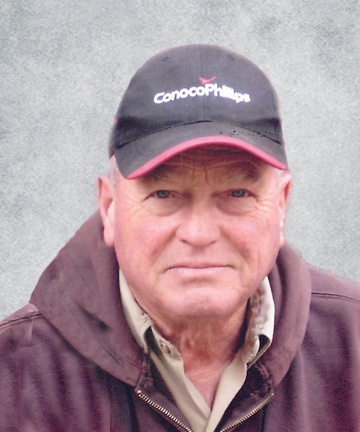 Liturgy of the Word service for Arnold Nupen, 77, of Killdeer, will be 11:00 a.m., Thursday, March 3, 2022 at St. Joseph’s Catholic Church in Killdeer with Father Joseph Evinger celebrating. Burial will follow in the Killdeer Cemetery. Military honors will be presented by Ezra Barrows Post #46.

Arnie passed away Saturday, February 26, 2022 at his residence in Killdeer.

Arnold “Arnie” Myron was born in Killdeer on December 1, 1944, the son of Arthur and Olga (Sloan) Nupen. Growing up he attended Hovden school and Killdeer High School. Following school he went to work for Ellsworth Hovden, Bud LeRoy, and Fettig Brothers where he broke horses and rodeoed a little bit (saddle bronc). He played guitar and sang in “The Wranglers” band around the Killdeer area. Arnie enlisted with the National Guard in October 1965 and was honorably discharged in 1971. Arnie met Sydney Hutmacher and the couple was married on June 21, 1968 at St. Joseph’s Catholic Church. They made their home in Killdeer. He then started Nupen Construction which kept him busy for 17 years. On September 21, 1970 they welcomed the birth of their daughter Jo Ann. In 1987, he began operating heavy equipment at the Coteau Coal Mine and retired 21 years later in 2008. Arnie’s new venture was working for Trotter Construction and he retired a second time a few years later. His retirement took him to his shop where he was able to tinker and work on old equipment and lawn mowers. Arnie was always working or helping other. He and Sydney liked to travel with their favorite spot being Deadwood. Gardening and hunting were his favorite past-times. Arnie’s granddaughter, Shelby, was his pride and joy… they were like two peas in a pod… always working together. Arnie was active in his community where he served as Fire Chief for the Killdeer Fire Department; Master Mason-Killdeer Masonic Lodge; member of the Killdeer Ambulance crew; Coteau Fire Brigade and First Responders; Killdeer Saddle Club; member of St. John’s Lutheran Church; City of Killdeer Zoning Board and lifetime member of the NRA. His presence will be missed by all.