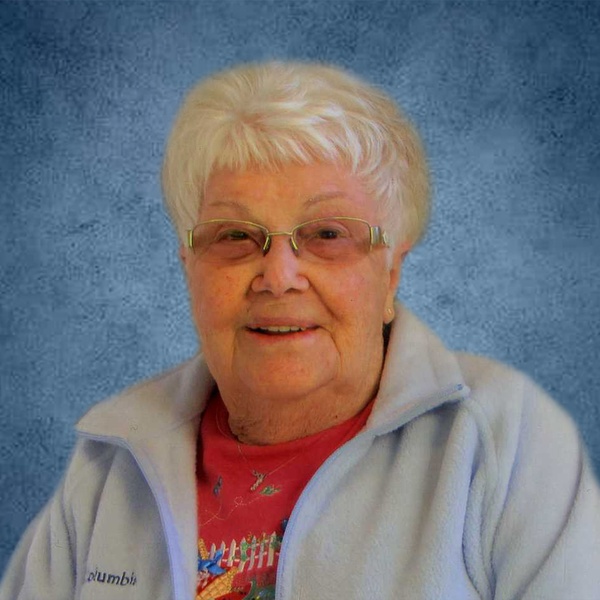 Private Funeral Services for Barbara Arthaud, 92 of Bismarck, formerly of Dickinson, will be held at 1:00 p.m. Tuesday, November 24, 2020 at Stevenson Funeral Home in Dickinson with Pastor Joe Natwick officiating. Burial will be in the family lot of the St. Joseph’s Cemetery in Dickinson.

To view the live webcast of Barbara’s funeral service, please go to www.stevensonfuneralhome.com, click on Barbara’s photo, select photos and videos. The livestream will be active 15 minutes before the service

Barbara passed away on Saturday, November 21, 2020 at her home in St. Gabriel’s Community in Bismarck, ND.

Barbara was born on October 25, 1928 the daughter of Jay and Borghild (Dahl) Judkins in Watford City, ND. She was the second of eight children. She, along with her five brothers and two sisters, grew up on the family farm in the Banks area. She was Baptized and Confirmed in the Banks Lutheran Church. She attended schools both in Banks and Watford City. While working at Mabel’s Café in Watford City Barb met Robert Arthaud. They were united in marriage on September 16, 1950. To this union four children were born, Jeanne, James, Jody and Kelly. Barb provided home daycare for many years. With Bob working in the oil business, it took them from Williston to Scott City, Kansas and several other towns around the country. She made a comfortable home for her family in every town in which they lived. Her door was always open to all her kid’s friends no matter where they lived. Our mom had a heart of gold! They eventually returned to Dickinson, later making their retirement home there and then Bismarck for the last few years. She loved her beautiful yard and flower gardens. Grandma Barb, as she was called by many, was known for her delicious home-cooked meals, especially her potato salad and chocolate chip cookies, and always having ice cream on hand. She was happy to make a meal for anyone at any time. Children, and especially her grandchildren and great grandchildren, were the love of her life. They could always come and hang out at Grandma Barb’s and Grandpa Bob’s. She was very proud of the family business where everyone worked hard to help it grow. Barb and Bob also enjoyed many trips with family in the motor home traveling around the country. After the death of her husband Bob of 68 years Barb remained a resident of St. Gabriel’s Community.

She was preceded in death by her parents, Jay and Borghild Judkins; husband, Robert; a grandson Zach; three brothers, Duane (Fairy), Les (Maybelle) and Charles Judkins.

A Memorial has been established for Pride Inc., PO Box 4086, Bismarck, ND 58502 which has provided services for Kelly allowing him to live independently.
To order memorial trees or send flowers to the family in memory of Barbara Arthaud, please visit our flower store.