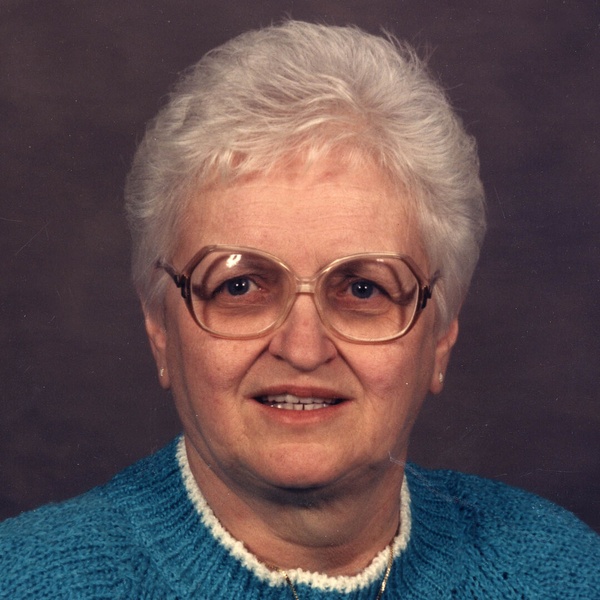 
Beatrice Irene was born October 11, 1932, in New Hradec, the daughter of Anton and Mary (Rambousek) Polensky.  Growing up she attended country school in Dunn County and high school in New Hradec.  For a short time, she worked as a housekeeper at St. Joseph’s Hospital in Dickinson and later on in the hospital lab.  Beatrice met the love of her life, William Kubischta and they were later married on October 12, 1950 at St. Patrick’s Catholic Church in Dickinson.  Their marriage was blessed with eight children, Linda, Cynthia, William Jr., Patricia, Bob, Karen, Dennis and Susan.  Following the wedding, they moved to the Hanel farm northwest of New Hradec.  In 1955, they purchased their own farm southwest of Manning, which is still owned by William Sr. today.  Beatrice enjoyed gardening, canning and her flower garden.  Cooking and baking were a joy and Beatrice was a wonderful hostess with her table always open to anyone. She also baked homemade whole wheat bread every week. She loved company and making big meals for everyone.  Beatrice loved the farm life and her animals, especially her cat, Booties.  She milked cows and raised chickens.  She enjoyed embroidery, reading, collecting recipes and playing cards (especially pinochle). Every week Beatrice prepared eggs, cream, and sometimes fresh vegetables and canned goods to deliver all over town after church. Music was good for her soul, she loved old time music and could be heard singing songs during her daily work.  Beatrice was an independent, generous woman who was always helping others.  She was a member of St. Patrick’s Catholic Church and will be remembered as a very devoted mother, wife, grandmother and great grandmother.