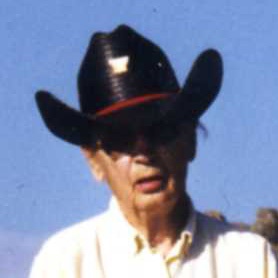 
Belle was born May 3, 1921 in Westmore, MT, the daughter of Henry and Blanche (Perchet) McConnell. She grew up in the Ismay/Westmore area, attending country school through the 8th grade. Belle spent her following years helping her parents work on the ranch and other ranches around the area. Belle married Fred Wasnuk in Ekalaka on June 4, 1938. To this union five children were born: Stanley, Parnell, Flora Belle, Marcia, and Gary. The couple raised their family in the Lame Jones community until moving to the Bell Tower community in 1954. The couple later moved to Clyde Park, MT, after finding that Fred had cancer. They lived there until his passing in 1969. Belle married Alfred Wendelburg in WY in 1972. They made WY their home until they returned to Ekalaka in 1980. Belle worked at Dahl Memorial Hospital for 20 plus years, helping with the activities. She was an active member of the community as she was involved in many different organizations. Belle made her home in the Ekalaka/Medicine Rocks community until her passing.

Belle enjoyed spending her time outdoors. She especially loved being with her horses, dogs, and cattle. She will be greatly missed by all.


The family suggests donations be made to Dahl Memorial Healthcare. The money will be put towards something special in the new facility in memory of Belle. Donations can be sent to DMHA, P.O. Box 46 Ekalaka, MT 59324 % Cindy Enos.
To order memorial trees or send flowers to the family in memory of Belle Wendelburg, please visit our flower store.