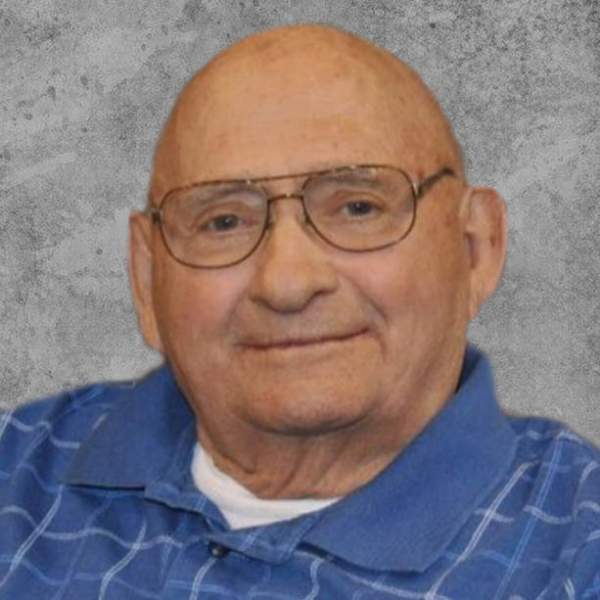 Benedict passed away on Thursday, October 10, 2019 at St. Luke’s Home in Dickinson.

Benedict V. Benz was born August 27, 1932 in Slope County to Jacob “Jack” and Frances (Frederick) Benz. He grew up on the family farm and attended country school, graduating from St. Mary’s High School in New England. Benedict enlisted in the US Army and served in Germany during the Korean War. After being honorably discharged he returned to New England and married his high school sweetheart Irene P. Urlacher. The two were united in marriage on February 19, 1957 at St. Mary’s Church in New England. The couple made their home on the farm at the base of the West Rainy Butte. It was here where they raised their family.  They were blessed with ten children, Linda, Renee, Cheryl, Keith, Janel, Brian, Jolene, Gary, Curtis and Joyce. Shortly after Irene passed away, Bennie moved to Dickinson where he lived at Subiaco Manor and St. Luke’s Nursing Home.

In his early days, Benedict enjoyed the accordion and had the Bennie Benz Orchestra. In later years he played the keyboard for many public functions. He served for Badlands Human Services for Slope County for 22 years. Benedict was a Booster member for St. Mary’s School and a member of the Band Club. He was a 43 year member of the Legion Post 66 and township supervisor for Moord Township in Slope County for 42 years. He especially enjoyed playing pinochle, dark German beer, and spending time outdoors in nature. He also loved spending his time dancing, enjoying old time music.

Bennie lived for his family and especially the occasions that brought them all together. He loved his wife Irene, faithfully. The family farm was always Bennie’s home and he cherished every trip, especially the surprise trip to the Benz farm on Father’s Day. He loved visiting with friends and family and determining their heritage and family connection.

Benedict loved the Holy Mass, the Holy Eucharist and adoring the Blessed Sacrament. Bennie was a Rosary leader and always made it to Mass early to pray the Rosary.

He is preceded in death by his wife, Irene Benz; parents, Jacob “Jack” and Frances Benz; infant siblings, Adam, Katherine, and Judith; and sisters, Margaret Peters, Frances Urlacher, and Jeanette Veverka.
To order memorial trees or send flowers to the family in memory of Benedict Benz, please visit our flower store.