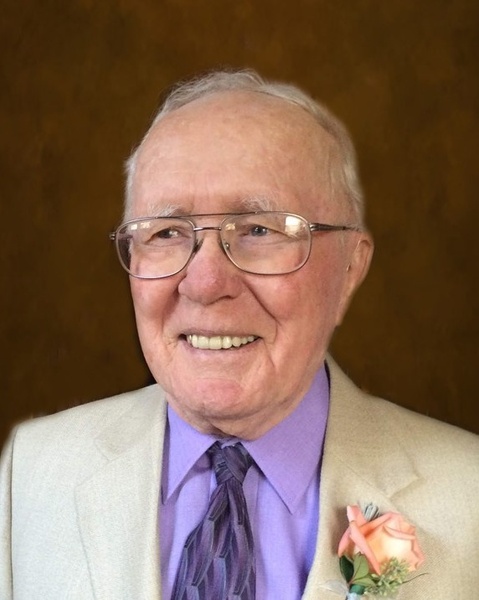 Bennie Bechtold, 89, formerly of Baker passed away September 22, 2022 in Billings.

On April 16, 1933 Bennie was born in Plevna, MT at the family homestead to Edwin and Christine (Reib) Bechtold. He and his siblings grew up in Plevna attending Plevna Public Schools. He graduated from Plevna High School.

Bennie married his high school sweetheart, Carol Irvine on April 3, 1954,  before proudly serving his county by joining the US Army earning the rank of Corporal and was stationed in Japan. They then headed east to Fargo, ND where he attended the Fargo Barber Academy.  Bennie worked as a barber in Belle Fourche, SD and then moved to Baker where he started Bennie’s Barbershop. He changed careers and became a custodian at Baker High School and eventually Head Custodian. He also cleaned the Bank of Baker for many years.

Bennie and Carol raised a family and were married for 52 years. He took great pride in “his” school, the Spartans, the Baker community and served on the Baker Park Board for years. Bennie was an avid hunter and fisherman. He was a loyal lifelong fan and shareholder of the Green Bay Packers.

After retirement and the passing of Carol, Bennie moved to be closer to his children and grandchildren; ever the greatest supporter to each and any activity they were participating in. Bennie despite failing eyes kept on the move with the help from his family. His last stop was the Sweetwater Senior Living in Billings. In true leadership fashion became an Ambassador to the new residents.

Bennie’s family would like to thank his Sweetwater family and Stillwater Hospice for the care they showed over the years.

The family requests in lieu of flowers donations be made to Baker High School scholarship fund.

Condolences and remembrances can be shared with family at stevensonfuneralhome.com

To order memorial trees or send flowers to the family in memory of Bennie Bechtold, please visit our flower store.