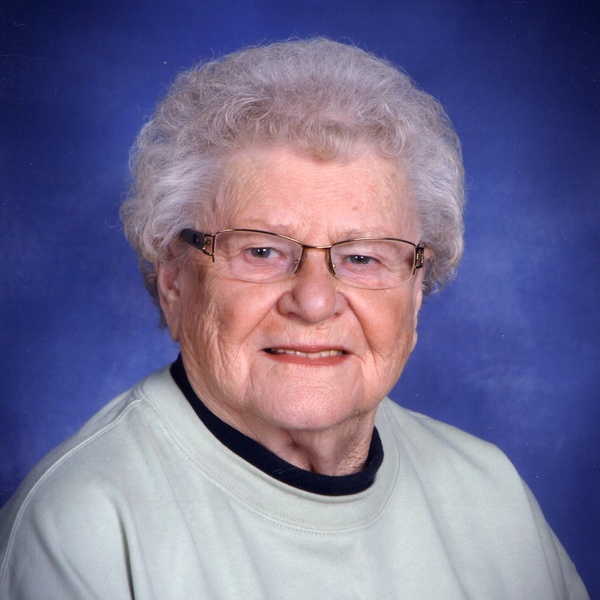 Bernice passed away Monday, February 25, 2019 at Sunset Drive – a Prospera Community in Mandan.

Bernice (Metzger) Kinnischtzke was born February 14, 1931 in Glen Ullin, ND, the daughter of Christ and Elizabeth (Scheck) Metzger. She grew up southwest of Glen Ullin and attended school nearby. Bernice helped her parents on the farm; taking care of her family when her mom became ill. She also spent time working as a waitress at Hermes Restaurant and it was there that she met her future husband, Leroy Kinnischtzke. The couple was united in marriage on July 20, 1950 at Sacred Heart Church in Glen Ullin. To this union four children were born: Linda, Brenda, Faye and Darren. Together, Bernice and Leroy rented the Sebastian and Schneider farms near Glen Ullin where they raised their family. In 1969, the family moved to the Kinnischtzke homestead north of Glen Ullin which they operated until Leroy’s passing. Bernice moved to Glen Ullin in 1995 and has made it her home ever since.


Bernice enjoyed spending time in her kitchen; cooking and baking and was well known for her German Potato Salad. Bernice spent many hours at the bowling alley competing with her team members for over 35 years. She loved to play a variety of games including Pinochle, Yahtzee, and Bunco as well as completing puzzles and listening to Polka music. Bernice could often be found working on quilting projects, tending to the flowers in her yard, helping out at the nursing home, and watching Days of Our Lives. She was a member of St. Clements Catholic Church in Haymarsh until moving to Glen Ullin where she attended Sacred Heart Catholic Church. Bernice was a devoted member of the Christian Mothers for many years.