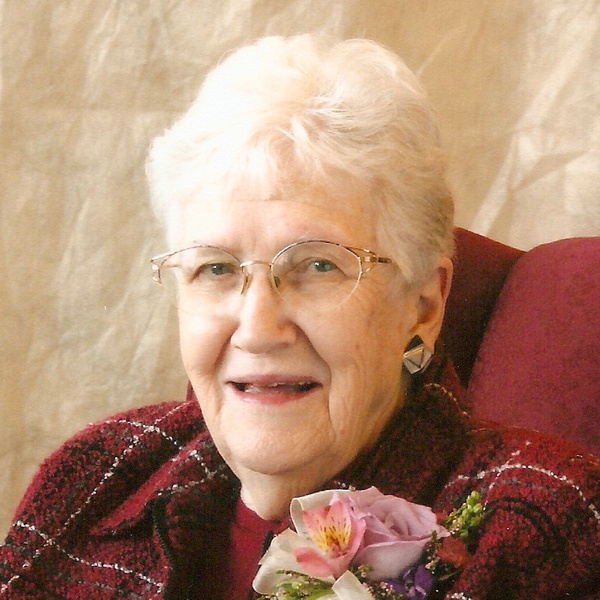 Funeral Mass for Bobbie Kennedy, 93, of Dickinson and Fargo, will be 10:00 a.m. Saturday, June 15, 2019 at Queen of Peace Catholic Church with Msgr. Thomas Richter celebrating. Burial will follow in Dickinson Cemetery.


Bobbie Kennedy, a friend to everyone she met, died peacefully on June 11, 2019.


She was born Roberta Ruth Roberts on January 19, 1926, the fourth child of Harry and Hulda (Carlson) Roberts and their only child born in a hospital.  Bobbie was born in Bowman, ND, and later lived in Amidon, and Medora where she graduated from high school. She attended Ventura Jr. College in CA and Dickinson State College in ND.  She met Bernie Kennedy at a dance in Wibaux, MT and they married a few months later on Dec. 30, 1948, and established their home in Sentinel Butte, ND. They moved to Dickinson in 1963.


Music and volunteering were primary interests for Bobbie. Bobbie and her sister, Jane, accompanied by their mother, sang for many funerals and special events.  Bobbie was a church musician throughout her adult life, playing at her own church and substituting at other churches, along with accompanying services at nursing homes.  She was active in many organizations where she volunteered and took her turn as an officer.  She belonged to Extension Homemakers and was state president, served as a 4-H leader, belonged to Catholic Daughters, Queen of Peace Worship Committee, St. Joseph’s Hospital Auxiliary, Trinity Mardi Gras food committee, RSVP, VFW Auxiliary, Red Hats, and P.E.O.


She worked behind the scenes with Bernie at the Kennedy Drug Store in Sentinel Butte and the E.R. Kennedy Wholesale Co. in Dickinson.  They enjoyed traveling together in many states and Canada, but favored taking a drive in the badlands or to just “see where this road goes.” Bernie preceded her in death in 2002, as have her parents, and her siblings Harriet Baysore, Warren Roberts and Jane Everett. She is survived by her children Bobbie (John) Cary, Coleen (Larry) Roller, Jim (Betty) Kennedy, and Thomas (Melisa) Kennedy, her grandchildren Patrick Cary, Liz (Cary) Montgomery, Chris Roller, Andy Roller, Ben Roller, Willie Roller, Carissa (Kennedy) Bertsch, Jason Kennedy, Kathryn Kennedy, and Cassandra Kennedy, and 13 great-grandchildren, and her sister-in-law Bea Roberts.


Bobbie’s family is very grateful for the kindness and the care of the staff at Park Avenue Villa and St. Luke’s Home in Dickinson, and Bethany on 42
nd
and Hospice of Red River Valley in Fargo.