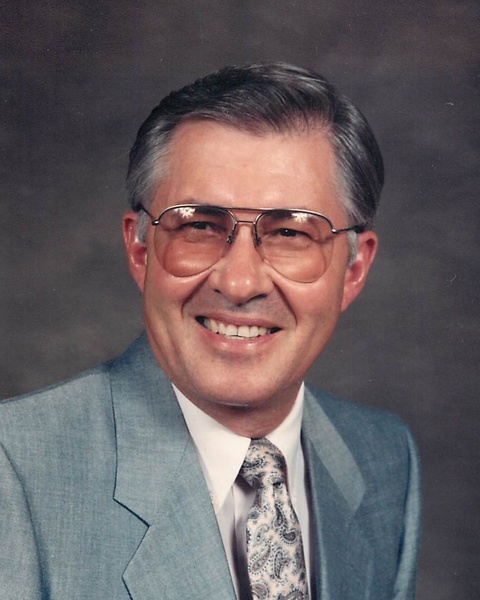 Bruce studied history and political science and graduated with a B.A. degree in 1956, prior to entering law school. While in college he was a member of Bear Paw, Sophomore men’s honorary; Air Force ROTC; Captain of Air Force ROTC Rifle Team; Phi Delta Phi, legal fraternity; Phi Sigma Kappa, social Fraternity House Manager; and the University Band. Bruce married Wava M. Svihovec of Hettinger, ND and they lived in Missoula, Montana during his college years. On February 10th, 1958 Bruce was admitted to practice law in Montana as a member of 31 graduates before the Montana Supreme Court in Helena, Montana.

On July 11, 1958 Bruce was admitted to practice law in North Dakota along with 23 other young Attorneys by the North Dakota Supreme Court in Bismarck, North Dakota. Upon his admission to the ND Bar Association, Bruce joined Francis Reichert and started the Reichert & Howe Law Firm in Dickinson, ND. He and Wava established their permanent home by moving to Dickinson in 1958.
It was during this time Bruce was elected Stark County States Attorney and served the county for 12 consecutive years. The experience Bruce gained as States Attorney began his interest in public service in the spirit of volunteerism in the church, the hospital, colleges, community organizations, charities, foundations and boards in the area of philanthropy.

Bruce embodied that of a true humanitarian of goodwill through his most enjoyable work of charitable giving, deferred giving and fund raising. He established several foundations and trust funds for non-profit organizations and charitable trusts. He traveled the state on a speech circuit advising and counseling many charitable organizations on planned giving throughout his career. In 1985 he lectured on Charitable Foundations to the School for Hospital and Long Term Care Administration at the University of North Dakota in Grand Forks.

He served on the advisory board of Home on the Range in Sentinel Butte, Board of Directors of Community First National Bank and Trust Company and on the Harold Schafer Founders Society for the Theodore Roosevelt Medora Foundation. He was Vice President of Saint Joseph LifeCare Foundation, served on the foundation of Dickinson State University, Board of Regents for Concordia College (Moorhead, MN), Chairman of the foundation of the Evangelical Lutheran Church in America, Chairman of the task force to merge the foundation of the former American Lutheran Church and the Lutheran Church in America. Additional charitable leaderships were with Hilltop Home of Comfort in Killdeer, Sacred Heart Monastery in Richardton, Western North Dakota Ministry Trust Fund and West River Regional Medical Center in Hettinger. He also was active in the Foundation Golf Tournament, Saint Joseph’s Hospital and Dickinson State University Charitable Balls.

In 1994 the Northern Plains Heritage Festival Committee selected Bruce as the Pioneer Days Award Recipient for outstanding achievement in Philanthropy.

In 1998 the North Dakota Chapter of the National Society of Fund Raising Executives (representing health care, education, social services and religion) honored Bruce as the Outstanding Fund Raising Volunteer for the state of North Dakota. Significantly, he was the first volunteer to receive such an honor and was recognized for his 20+ years of volunteer services to many charities throughout North Dakota.

Along with Charitable Giving, Bruce’s legal expertise was in the Oil & Gas industry. His long career was acknowledged in 2018 with the State Bar Association of North Dakota ceremonially honoring Bruce for his Sixty Years of Service in the legal arena of North Dakota.

As a young boy growing up on a ranch, Bruce enjoyed working with cattle, attending bull sales, harvest combining the fields of crop and most of all loved owning his North Dakota farmland and home in Dickinson. His favorite hobbies and activities were golfing, bowling, baseball, football and hunting.

Wava greatly appreciates the outpouring of concern for Bruce from the Dickinson and surrounding communities and is anticipating a memorial service for Bruce sometime in the spring of 2023.

To order memorial trees or send flowers to the family in memory of Bruce Howe, please visit our flower store.