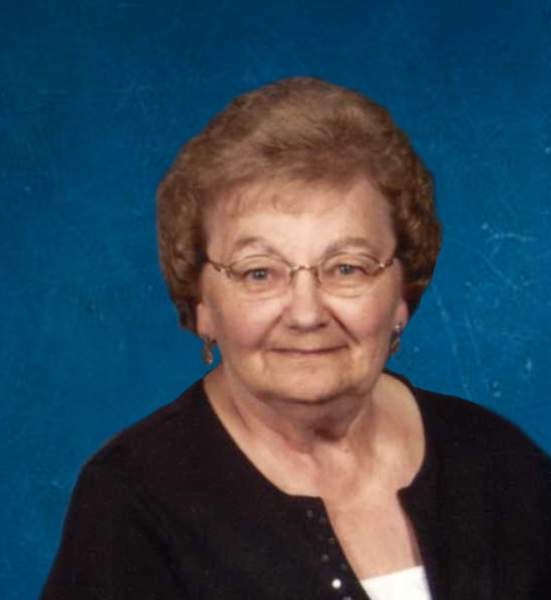 A funeral Mass for Carol “Dollie” Taraba, 84, of Dickinson, will be 10:00 a.m., Thursday, August 13, 2020 at Queen of Peace Catholic Church in Dickinson with Msgr. Thomas Richter celebrating.  Burial will take place (3PM, CST) in the North Dakota Veterans Cemetery, Mandan.

Visitation for Dollie will be 3:00-7:00 p.m., Wednesday August 12th at Stevenson Funeral Home with a rosary and vigil service being held at 6:00 p.m.

Carol Jean was born a Christmas baby on December 25, 1935, in New Rockford, ND, the daughter of Edward and Anna (Kubzik) Heinle.  Growing up she attended school through the fourth grade in New Rockford before moving to Belfield where she graduated from high school in 1953.  Following graduation, Dollie waited tables at Franks Cafe and Pete’s Cafe, later working for Tony’s Electric. On September 21, 1954, Dollie married Emil Taraba at St. Bernard’s Catholic Church in Belfield.  The couple was blessed with three children, Tim, LeeAnn and Tracy.  Dollie and Emil ran a dairy operation for 27 years while raising their family on a farm northeast of Belfield.  In late 1997, they retired and moved into Dickinson.  Dollie was a very talented seamstress and worked in the fabric department at Walmart for ten years. She loved to bowl and was a league bowler for many years, a 4-H leader for years and a member of the Homemakers Club. Dollie found pleasure in gardening, canning and reading. She was an active member of St. Bernard’s Ladies Auxiliary and worked with the Dickinson Cursillo Movement.  Dollie will be forever loved and missed dearly.

She is preceded in death by her parents, Edward and Anna Heinle; in-laws, Lena Taraba/Opp and Adolf Taraba; son-in-law, Tim Rambousek, brother in laws Lloyd King and John Evoniuk.

To order memorial trees or send flowers to the family in memory of Carol “Dollie” Taraba, please visit our flower store.