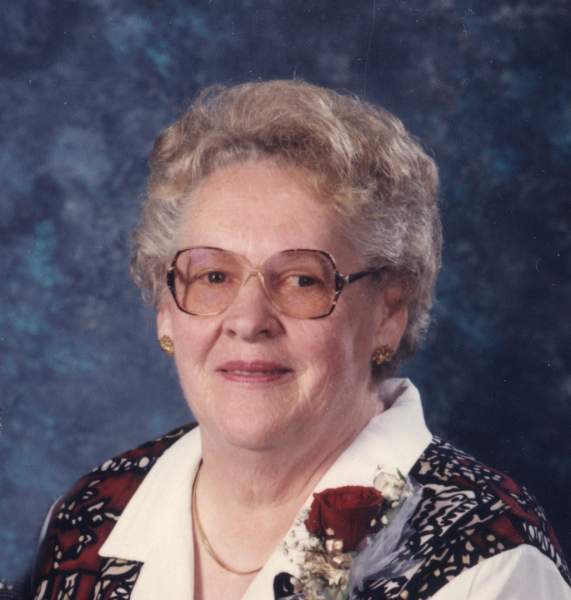 Clarice Mary Overn was born August 30, 1929 on the family ranch near Capitol, Montana, the daughter of Clara and Ted Overn. She was the youngest of seven children, with three older sisters: Inez, Carrie, and Lollie, and three older brothers: Jim, Maurice, and Chet. She grew up on the Overn ranch, helping with the chores as well as fishing, picnicking, feeding bum lambs, and riding Queenie, their big white mare. Queenie was a tall horse, and Clarice rarely used a saddle, so she had to lead Queenie next to a fence corner and use it to get up on her back. Once, when her mom was worried because she was late visiting with her cousins, the Waterlands, who lived some distance away, her dad walked in the dark all the way there, checked that Queenie was in the barn, then walked back home, with Clarice none the wiser at the time that she had been a concern.

Clarice attended the Little Missouri Lutheran Church at Capitol and went to the Capital School. She started high school in Ekalaka but did not finish due to distance and another distraction: when she was 16, Clarice was at a dance where her cousin, Lute Waterland, introduced her to a handsome returned soldier from the Bell Tower community named Jimmy Curry. They were married in Baker on September 14, 1946 and spent the next fifteen or so years ranching along the Box Elder. Their first child, Darrel, was born a year after their marriage, and was soon followed by Bob, Tom, Toby, Cindy, Rich and Chris, completing their family of nine. It bothered Clarice that she didn’t graduate from high school, so she made sure she eventually got her GED.

When the family moved to Ekalaka in the early 1960s, Clarice worked at various jobs to help support the family, including as a receptionist for Dr. Musser. The family moved to Baker around 1967. She worked as a nurse’s aide in the hospital and nursing home, and eventually went to work in the clinic office. She stayed with the clinic until her retirement in 1999, at the age of 70.

In her younger years, she played the piano and the accordion. Clarice loved cooking, baking, gardening, and needlework, especially crocheting. She had large gardens on the ranch, in Ekalaka, and then in Baker. For many years, her garden filled the backyard of their house on Second Street. Her grandchildren played on the wooden garden paths that their grandpa made for her and sometimes helped themselves to the peas. She crocheted many gifts for her children and grandchildren, but her loved ones young and old most appreciated her talent for baking. Clarice loved to enter the fruits of her labors in the Baker Fair, whether it be flowers from her garden, needlework, or her extensive and wide-ranging culinary entries, including various breads, jellies, jerky, and lefse, to name a few. After the fair she would bring home an armload of ribbons, with multiple purple Best in Show ribbons over the years and prizes for the Best Culinary Display. When Bob worked for the fair board and they were assembling the fair books for the coming year, they just handed one to Bob and told him to give it to his mother.

But above all else, Clarice was a devoted and loving mother, grandmother, and great-grandmother. She and Jim loved attending their children’s, and later their grandchildren’s, activities, from drill team to wrestling, football, and basketball. Her home was the center of the family, where they would gather for Christmas, Easter, family reunions, and summer get-togethers, filling the house with love, laughter, and pinochle. Her out-of-town grandchildren often came to stay with their Grandpa and Grandma Curry, and she always had Sunday dinner for Bob’s family that lived in town, and any out-of-towners who were visiting. And if you didn’t like onions, she would make a separate dish for you without!

After Jim passed away in 2009, she continued to live in the family home with her cats for company until 2013, when she (and a cat, of course) moved into the Superior Care Assisted Living facility in Baker. She lived there until 2018, when, due to health issues, she moved into the Fallon Medical Complex Long Term Care facility. Her health continued to decline, and she passed away on September 24, 2019.

Clarice is preceded in death by her husband Jim, her parents Theo and Clara Overn, her brothers Jim and Chet, and her sisters and brothers-in-law, Inez and Otto Johnson, Lollie and Melvin Odell, and Carrie and Quentin Major.

She is survived by her brother, Maurice Overn of Belle Fourche, her children, Darrel (Kathy) of Boise ID, Bob of Plevna MT, Tom of Billings MT, Toby (Joanne) of Sioux Falls, SD, Cindy (Harry) Averett of Gillette, WY, Rich (Diane) of Missoula MT, and Chris Klein of Dickinson, ND. She is also survived by 21 grandchildren, 28 and counting great-grandchildren, and numerous much-loved nephews, nieces, and dear friends.

She was a great lady and a fighter to the end.
To order memorial trees or send flowers to the family in memory of Clarice Curry, please visit our flower store.