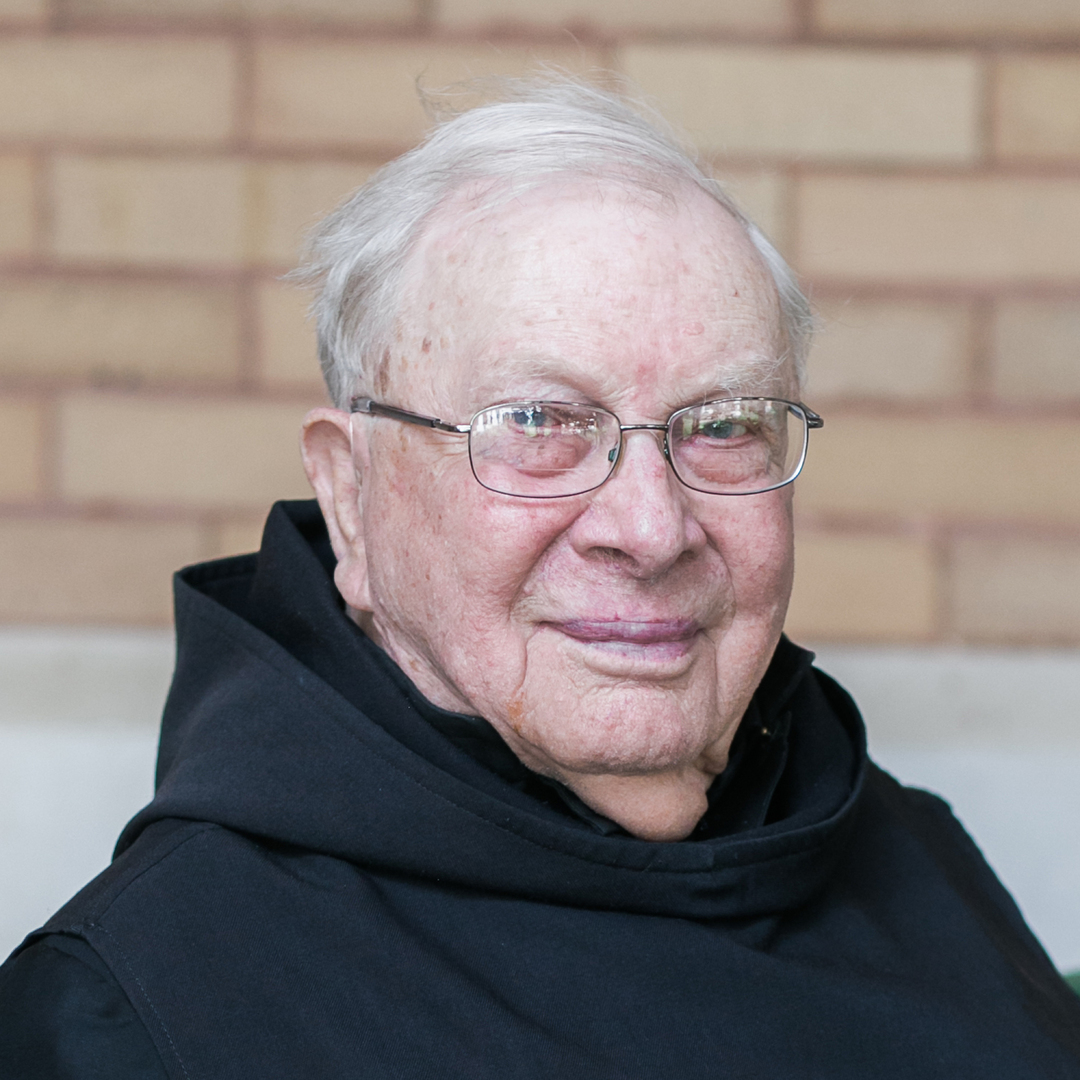 Mass of Christian Burial for Father Claude (Arthur) Seeberger, 93, monk of Assumption Abbey, Richardton will be 10:30 a.m. MT, Thursday, October 4, 2018 at Assumption Abbey.  Burial will follow in the Abbey cemetery.


Father Claude was born in Glen Ullin, ND, on November 17, 1924, to Nick Seeberger and Teresa (Duratschek), the second of seven children. He was born in the home of his maternal grandparents, Frank and Clara Duratschek. He was given the name Arthur at his baptism. He attended Sacred Heart School for eight grades, then attended Assumption Abbey High School and College even after his family moved to California in 1942. He entered the novitiate in 1943 and was given the name Claude, his patron being St. Claudia, mentioned in the second letter to Timothy 4:21. He professed vows as a Benedictine on July 11, 1944. All his seminary was done at the Abbey in Richardton, and he was ordained to the priesthood on August 10, 1949. His first mission was to Belfield, ND. In 1951 he was appointed instructor to the Brothers. He also taught in the Abbey schools.


In September, 1954, Father Claude was sent with his confrere Father Michael Messer to Strasburg, ND, as assistant pastor. The following September he was sent off to do graduate work in Church history at the Catholic University in Washington, DC, where he earned an MA in one year.


He returned to the Abbey to teach and was appointed procurator in 1958. He held that position for seven years until becoming pastor of St. Mary’s, Richardton, from 1964 to 1973. He was appointed pastor of St. Philomena in Selfridge, ND, but never functioned there because he made a trip to the Holy Land on the occasion of his 25
th
anniversary of priesthood, then spent three months studying in Rome. Upon returning, he spent a year and a half at Corpus Christi in Bismarck, then was appointed pastor of St. Elizabeth in Lefor and the rural parish of St. Stephen’s. He remained there from 1975 to 1983. While looking after these parishes, he also taught at Trinity High School in Dickinson and served at St. Joseph’s Hospital for three years. In July of 1983, Father Claude was appointed pastor of Sacred Heart in Glen Ullin, his home parish, with its rural mission of St. Joseph’s. He retired in December 1999, to a chaplaincy at St. Joseph’s Hospital in Dickinson, residing at St. Patrick’s Parish. In February 2008 he was assigned as Chaplain to the Sisters of the Presentation at Maryvale in Valley City, ND.  He returned to the Abbey in February 2016.


Father Claude was an avid fisherman and built his own houseboat so that he could ply the waters of Lake Sakakawea in comfort, although the boat looked like it was held together with twine and chewing gum. He also loved bird watching and was an avid fan of the Minnesota Twins baseball team.