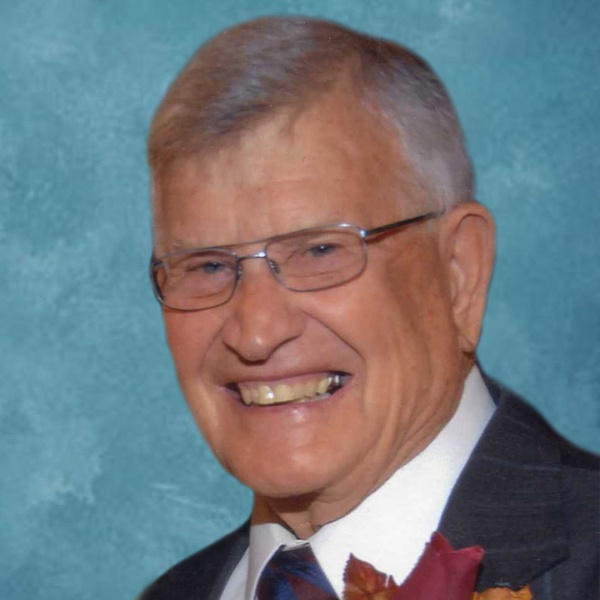 Cletus Raymond Wehri was born January 21, 1924 near Haymarsh, the son of William “W.F.” and Marcellena (Potts) Wehri.  Growing up, he attended School in Haymarsh graduating from Glen Ullin High School in 1941.  Cletus continued to work on the family farm and it was during this time that he met Anna Skalsky.  In 1947, Cletus purchased a farm of his own and he and Anna were married on April 22, 1947.  The couple made their home on the dairy farm north of Glen Ullin  where they were blessed with four sons, Donald, Vernon, Charles, Thomas and four daughters, Marjorie, Sharon, LaVonne, and Annette.  The family worked together milking cows, raising chickens, pigs and a garden. In 1993, Cletus and Anna retired and moved into Glen Ullin.  Cletus was a hard-working farmer most of his life and worked as a janitor at Glen Ullin High School when he moved to town. Cletus and Anna were dancers, sometimes in the kitchen, sometimes on a Saturday night in New Salem or Beulah, and sometimes square dancing in the old high school gym.    Cletus was very active in the Knights of Columbus and was a 4
th
degree Knight.  He also enjoyed playing pinochle, working in his garden in town and he didn’t mind a “good shot” of whisky at night.  He especially loved spending time with his family and will be dearly missed by them all.