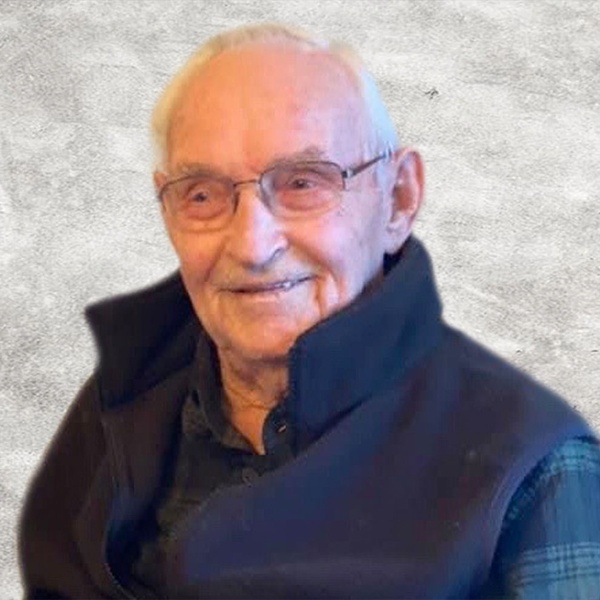 Conrad passed away Saturday, April 4, 2020 in New Salem surrounded by his loving family.

Conrad Valentine Doll born February 14, 1929 passed away surrounded by his loving family on April 4, 2020. Conrad was born in New Salem, ND to parents Jack and Helen (Schaner) Doll. He was raised on a farm with his brothers and sister and it is there where his love of farming grew. Conrad went to a country school and completed the 8th grade. He immediately went to work farming at the age of 13 with a team of horses. Along the way, Conrad met the love of his life, Rose Marie Sturn. They married on October 17, 1950 at St. Pius V Catholic Church. Conrad and Rose lived on a farm northeast of New Salem before moving into New Salem in 1978. They were blessed with four sons and three daughters and a set of twins.

Farming was Conrad’s passion and he continued to raise crops and cattle throughout his life until retiring in his 80s. When Conrad wasn’t farming, he was either fishing, hunting, gardening, playing cards, or going to the casino with his family and friends. Conrad was a man of strong faith and a devoted Catholic. He was known for his great storytelling and his special way with words. He had an infectious laugh and enjoyed making others smile. He was a kind, loving, funny and a generous person. He had a special love for his children, grandchildren, and great-grandchildren.