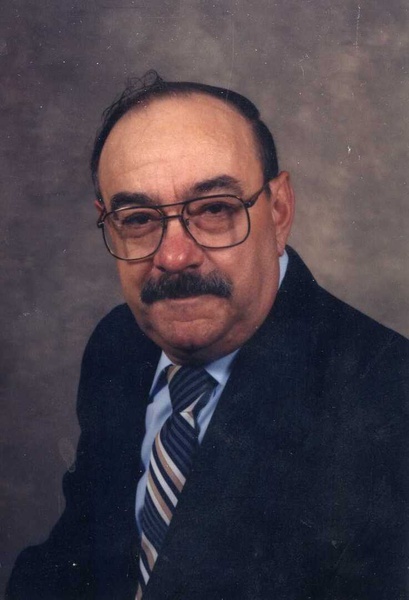 A funeral service for Daniel Martwick, 89, of Glen Ullin will be 10:00 am Saturday, December 19, 2020 at Zion Lutheran Church in Glen Ullin with Pastor Toby Heller officiating. Burial will follow at Glen Ullin Cemetery.

Visitation for Daniel will be Saturday, December 19 at 9:30 before the service at Zion Lutheran Church.

For those attending, please adhere to social distancing guidelines provided by the CDC and ND Department of Health. To view the live webcast of Daniel's funeral service, please go to Stevenson Funeral Home website, click on Daniel’s photo, select photos and videos. The livestream will be active 15 minutes before the service.

Daniel passed away December 9, 2020 at Sanford Health in Bismarck.

Daniel (Bud) Alfred Martwick was born September 23, 1931 in Edgeley, ND, the son of Maynard and Rose (Hartman) Martwick. He attended farm school in Edgeley and at the age of 13 went to work at the Edgeley Co-op Creamery where he worked for over 25 years as a truck driver delivering cream. He then went on to work at Farmers Union where worked until his retirement 20 years later. Daniel married Barbara Wagner on December 15, 1953 and they were blessed with 57 years of marriage until Barbara's unexpected passing in 2010. They had four children, Randy, Doug, Tim, and Lisa. Daniel and Barbara resided in Edgeley, ND until 2005 when they moved to Glen Ullin to be closer to their children and grandchildren. In February 2019 Daniel moved to Lakewood Landing in Mandan, ND. He enjoyed watching westerns, hunting, collecting guns, playing pinochle, spending time with family, and tinkering around with almost anything. He always greeted us with a big smile and a huge hug while he said "grandpa loves" and then would immediately ask if you wanted some cookies, he always had a large supply as they were his favorite food group along with honey buns and milk shakes. He loved visiting with anyone and everyone and making new friends. He was always willing to lend a hand to those in need.

He is preceded in death by his loving wife, Barbara; two sisters Esther and Amelia; his parents Rose and Maynard; and his grandson, Lee.
To order memorial trees or send flowers to the family in memory of Daniel Martwick, please visit our flower store.