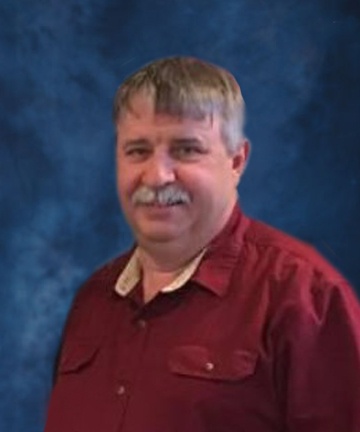 Daryl Francis Steckler was born September 18, 1964 in Bismarck to Michael and Betty (Hegel) Steckler. He was raised on his family farm in the St. Joseph area and graduated from Glen Ullin High School in 1982. He continued to live on the family farm and farmed for a short time with his dad. Daryl worked for The Richter Farm and Hebron Brick. He met and later married Twyla Henke on September 24, 1988 at Sacred Heart Catholic Church. Daryl began working at Circle K and then for Dakota Land Feeds, with his most recent employment being at Stone Mill in Richardton. Daryl and Twyla were blessed with two children, Lorna and Mikel. Daryl was a family man and loved spending time with Twyla and the kids. They spent many summers camping. His hobbies included hunting, working on his vehicles and building things. Daryl never wanted to sit around and always kept busy fixing and building. His most recent build was an air conditioned dog house for his Husky, Zeus.

He is preceded in death by his parents, Mike and Betty; parents-in-law, Lorraine and Dick Henke; brother, Danny Steckler; sister, DelRay Scoular; and sister-in-law, Nickie Steckler.
To order memorial trees or send flowers to the family in memory of Daryl Steckler, please visit our flower store.