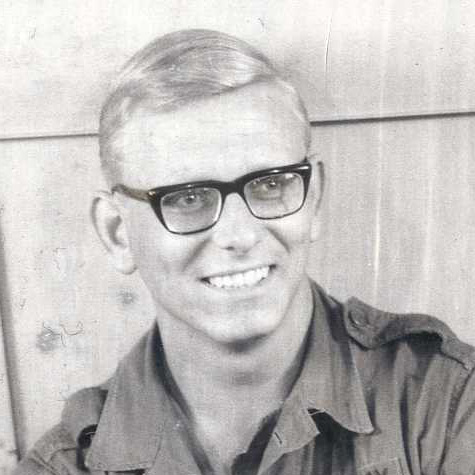 Dean was born in Devils Lake on April 19, 1945, the son of Esther (Rask) and Murphy Christensen. Growing up, he attended school in Minnewaukan, ND, graduating with the class of 1963. He went on to attend college in Waseca, MN, where he earned a degree in electronics. This education provided him additional experience when he was drafted into the U.S. Army in 1966. While serving in the U.S. Army, Dean worked as a Special Electric Device Repairman in Vietnam. Upon his honorable discharge in 1968, Dean returned to the United States. He settled in the Seattle, WA, area where he worked for Boeing. In 1970, Dean returned to the Devils Lake area and met Harriet Horner. In November of 1972, Dean and Harriet were united in marriage and shortly after welcomed their first and only son, Brett, to their family.

Dean continued his work in the electronics field and moved to Fargo in the mid-1970s, working for GR Graphics. In the early 1980s, Dean became passionate about his work, as he apprenticed with friends, as a Petroleum Landman. He traveled around western ND and eastern MT researching mineral ownership, writing title reports, buying leases, and later training his son in the trade. He settled in Dickinson in 1996 and lived there until his death.

During his youth, Dean was an enthusiastic athlete playing on his high school basketball team and later in local softball teams. He enjoyed playing guitar, watching baseball, and building his collection of hot wheels and baseball cards.

His closest friends looked forward to his great sense of humor and conversation, where he had become the master of the “dad” joke.  Dean’s most cherished time was with his family. Whether he was fishing with his brothers, eating his sister’s home-cooked meals, or playing with his grandchildren, there was always a smile on his face and laughter filling the room.

Dean is survived by his son, Brett (Kayla) of Fargo; Brett’s mother, Harriet of Fordville, ND; sister-in-law Gwen of Apache Junction, AZ; many nieces and nephews; and most lovingly, his grandchildren Hope, Viola, and Carl.

He was preceded in death by his parents; brothers Buell and Gary; sister Ardys, and brother-in-law Gordon Schmid.