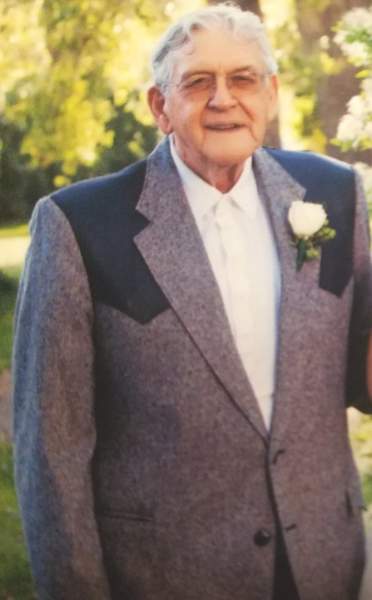 He was born Feb. 16, 1931, in Belle Fourche, South Dakota, to James Richard Justice and Hilja Adrianne Jeremiason-Justice. He graduated from Belle Fourche High School in 1949.

Delbert later attended the South Dakota School of Mines and Technology in Rapid City, studying electrical engineering, and, as a member of the South Dakota National Guard, was called into service by the U.S. Army during the Korean War. He was a sergeant in the Medical Corps of the U.S. Army, stationed in Alaska at a time when the potential outbreak of war with the Soviet Union was considered a high priority.

He worked in South Dakota as an electrical lineman and married Marjorie Priewe on June 10, 1956. The couple had their first son, Gregory, in 1958 before moving to Ekalaka where Delbert had taken a job as a lineman for Southeast Electric Cooperative. The couple’s second son, Brian, was born in Ekalaka in 1960.
In addition to working for Southeast Electric, Delbert was an electrician who undertook many wiring projects for farmers and ranchers in Carter County. He was a former Ekalaka city councilman, school board member and fire chief and was an active member of the Masons fraternal organization.

He loved playing music and was accomplished on guitar, piano, accordion, violin, mandolin and banjo. He also hand-built one of the first high-fidelity stereo amplifiers in Ekalaka in 1960.

Delbert was also an avid hunter and fisherman and loved the great outdoors.

He was a deacon in the Church of Christ Congregational parish and an active member in Ekalaka Bible Church after the church was later renamed.

He was preceded in death by his parents, wife Marjorie, his brothers, Sanford and Robert, and his sister, Audrey.

He is survived by sons Greg (Kim) and Brian, three grandchildren and three great-grandchildren.

A graveside burial service attended only by immediate family members will be held at 1 p.m. Monday with a special memorial service planned at a later date.
To order memorial trees or send flowers to the family in memory of Delbert Justice, please visit our flower store.