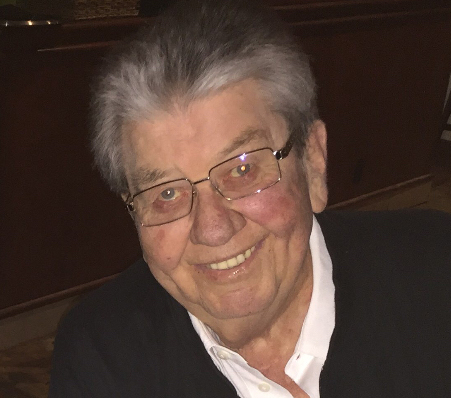 
Donald passed away on Friday, Septem­ber 7, 2018 in Rancho Mirage after many lengthy illnesses.


Following graduation, Don continued his edu­cation at the University of North Dakota in Grand Forks, where he was a member of the Alpha Tau Omega Fraternity. In 1953, Donald’s father pur­chased the Buick Dealership in Dickinson; this was also the beginning of his lifetime involvement in car distributor/dealership. Don served in the Army National Guard from 1967–1973 as Buck Sargent with a Combat Engineering Unit. Don married and was blessed with daughter, Danielle and son, Don Jr.


Don became a car distributor for Chevrolet Motor Division in Minneapolis, MN in 1970. He was a dealer and President of his dealership “Charbon­neau Car Center”. His primary makes were Buick – Pontiac – GMC truck – Chrysler – Plymouth and Dodge. Donald was an outstanding citizen in the Dickinson Community. He received many honors over the years. Don was a distinguished leader, his list of accomplishments include: Director of National Automobile Dealers Assn., Chairman of ND State CAR-PAC, served on Chrysler Dealers Council, treasurer of Buick Dealers Ad Assn., president of Dickinson Chamber of Commerce, recipient of Time Maga­zine Quality Dealer Award. Career achievements include: Car Distributor, Chevrolet Motor division dealer and president, also receiving recognition in the 1993 – 1994 edition of Gilford’s “Who’s Who, The Elite Registry of Extra-ordinary Professionals”.


Don enjoyed all sports, with a special interest in boating, golf, and car racing. He and Irene spent most of their retirement years in CA.


Don is survived by his wife, Irene of Rancho Mirage, CA; daughter, Da­nielle McClure of Denver, CO; granddaughter, Taya McClure; and sister, Pat (Charbonneau) Berg, and nephew, Eric Berg. He was preceded in death by his parents and son, DJ (Don Jr).

A Celebration of Life Service: 2:00 p.m., Saturday, September 22, 2018 at his home in Rancho Mirage, CA
To order memorial trees or send flowers to the family in memory of Don Charbonneau, please visit our flower store.
Send a Sympathy Card