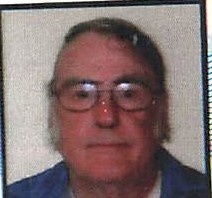 Donald Paul Cheney, 80, of Baker, passed away peacefully in his sleep November 2, 2021 at Fallon Medical Complex in Baker, Montana.

Don was born to Donald and Evelyn (Bowen) Scott December 4, 1940 in Sheridan, WY. At this time the family was living 35 miles north at Wyola, MT. While he was still an infant the family moved to Port Orchard, WA where his father was employed during WWII at the airplane factory. His father was diagnosed with terminal cancer in 1945 and so they moved back to Ollie, MT, the home of both Don and Evelyn. Donald Sr. died in 1946 leaving Evelyn with 7 minor children.

In 1950, Don’s oldest sister died and Evelyn suffered a nervous breakdown. The family was broken up. Four were adopted by other families, including Don. He went back to Port Orchard, WA and was adopted by the Les Cheney family who were friends of his dads. Don was raised and graduated from high school in 1958. His adopted father, Les, took him to Fairbanks, Alaska two summers for work. Out of high school he join the U.S. Air Force and served honorably for 20 years. Don was a very respected and loved airman, father and friend.Don was stationed for several years at the beginning of his service in Anchorage, Alaska. Here he met and married Bonita Wise. They had three boys and divorced in 1993.

After retirement from the Air Force Don worked in Saudi Arabia for Lockheed and then was so well liked that he was hired by the Saudi’s. He made many personal friendships with several high government officials, including the present king. Don returned permanently to the U.S. and became an independent trucker for 18 years. He was very proud of his Peterbuilt truck and in later years the truck was his home. Retiring from trucking in 2007 Don moved back to Baker, MT to live closer to the Bowen-Plummer-Beach relatives, including his sister Rae Heaps.

Don loved to talk about his many interesting experiences in the Air force and on the road. He was very friendly and helpful and according to his son “The best dad anyone could want.” Don lived alone the last twenty years and especially the last four and a half since having a lung removed.