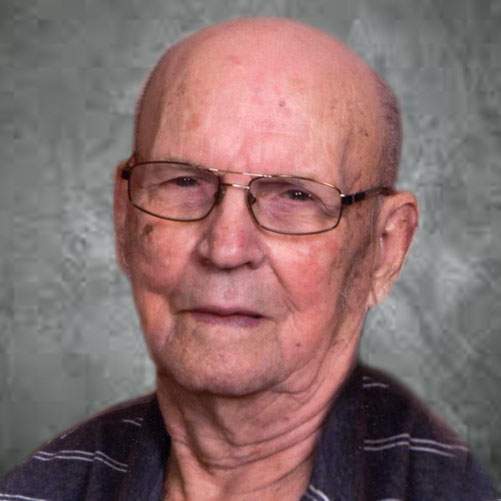 A funeral Mass for Donald A. Faller, 84, of Dickinson, will be 11:00 am, Wednesday, October 9, 2019 at St. Joseph’s Catholic Church in Dickinson with Father Keith Streifel celebrating.  Burial will take place in St. Joseph’s cemetery.

Donald passed away on Saturday, October 5, 2019 at St. Benedict’s Health Center in Dickinson.

Donald was born November 30, 1934 in Dickinson, the son of Frank and Clementina (Huschka) Faller.  Growing up, he attended St. Joseph’s School through the sixth grade.  Donald married Angela Kuntz on October 12, 1957 at St. Joseph’s Catholic Church in Dickinson.  They were blessed with six daughters and one son, Bonita, Connie, Brenda, Coralee, Bobbi Jo, Donald and Frankie.  Donald did some laundry delivery before he became a custodian, which he did for 30 years.  He retired in 1997.  Donald enjoyed doing small woodworking projects.  He was a member of the Eagles.  He will be remembered for his love of teasing his grandchildren and great-grandchildren.

In lieu of flowers memorials may be given to St. Joseph’s Pine Room or to St. Benedict’s Health Center.
To order memorial trees or send flowers to the family in memory of Donald Faller, please visit our flower store.