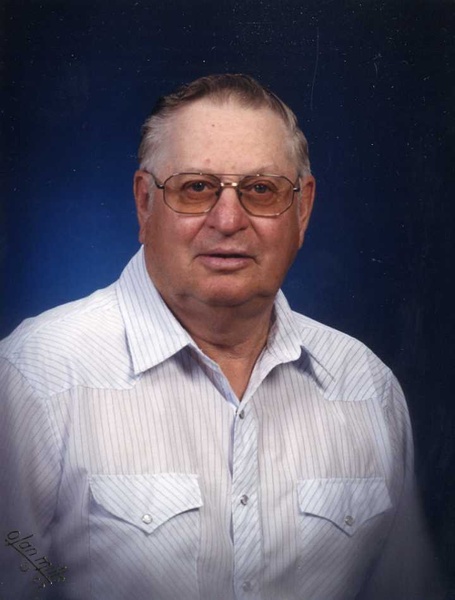 For those attending, please adhere to social distancing guidelines provided by the CDC and ND Department of Health. If you are unable to attend you may view the live webcast of Don’s funeral service, please go to Stevenson Funeral Home website, click on Don’s photo, select photos and videos. The livestream will be active 15 minutes before the service.

Don passed away in Jamestown, ND on December 22, 2020 this was the same day that his mother passed away on 28 years earlier.

Don passed away on December 22, 2020 this was the same day that his mother passed away on 28 years earlier.
Donald Vincent Kadrmas was born November 12, 1936 in Dickinson, to Vincent Jr. and Rose (Simek) Kadrmas. Don grew up on the family farm 12 miles northeast of Dickinson. He attended school at Verssippi before graduating from Model High School. He continued to work with his dad on the family farm until he was drafted into the US Army. Don was stationed in Germany where he served with Elvis Presley. During his time, he earned several marksmanship awards which allowed him to advance to the rank of First Sergeant. After being honorably discharged, Don returned to Dickinson where he farmed with his dad and worked in the ASCS office in Bowman, ND. During this time, Don attended a going away dance for his sister, where he also met Roberta Oukrop. Roberta and Donald were married on the bitterly cold day of February 27th in 1962. The couple was blessed with four children that they raised on the Kadrmas family farm. After 36 years of farming, Don and Bert moved to town in the fall of 1998 and have called Dickinson their home ever since.

Don loved to farm and this carried over to his gardening where he was famously known for distributing pumpkins each fall. Even though Don liked to hunt and fish he was a nature lover and nursed many sick or wounded animals back to health. Music played a big part in his life and he was often found humming or whistling a tune while he worked. Don never passed up a chance for a road trip to the casinos. He enjoyed watching westerns and was a true cowboy at heart. Don was a member of St. Wenceslaus Catholic Church and a Golden members of the Eagles Club. He was a lifelong democrat and fulfilled his last patriotic duty by voting for Joe Biden in November. Don will be greatly missed by the grandchildren and great-grandchildren that made him so proud.

There will be a celebration of life service held for Don at a later date in 2021.

He is preceded by both of his parents; granddaughter, Carlye Tryan; siblings, Chuck Kadrmas, Vince Kadrmas, Lorraine Karsky; brothers-in-law, Henry Ghents and Frank Karsky.
To order memorial trees or send flowers to the family in memory of Donald Kadrmas, please visit our flower store.