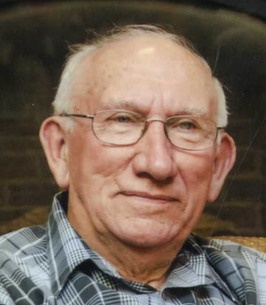 Funeral Service for Donald Rose, 85, of New England will be 9:00 a.m., Thursday, April 21, 2022 at Stevenson Funeral Home in Dickinson with Pastor Beth Parks officiating. Military honors presented by New England Anton Ulijohn Post #66. Visitation will begin 30 minutes prior to the service. Burial will follow at the North Dakota Veterans Cemetery.

Donald Walter Rose was born April, 30 1936 in Reeder, North Dakota to Walter and Muriel (Krause) Rose. He graduated from Hettinger High School in 1954. He enlisted into the United States Army on February 15, 1954 and was honorably discharged on February 14, 1963. Don married Arlene Klein on November 9, 1956 in Mott, North Dakota. To this union, four children were born: Ronald, Cynthia, Cheryl and Dollyn. Don worked as a service manager for Fitch Motor Company before he started Don’s Ford in New England in 1961. In the fall of 1975, along with the Ford garage, Don started running busses for the New England Public Schools and bought Four Roses, a service station run by his children. In 1991, Don began selling cars for his brother-in-law at RZ motors and made many long drives to buy from various car auctions. Later in life, Don delivered mail for the U.S. Postal Service and made many friends on his route. He was the ultimate handyman able to fix almost anything, whether working on vehicles, investing in real-estate to fix up and rent out, or drilling water wells, He loved a challenge. Don was very active in the community. He was a volunteer firefighter for Hettinger Co. and New England for over 50 years. He was also a member of the New England Lions Club, New England City Commission, Chamber of Commerce, and the Hettinger County JDA board. Don loved being out on his boat, fishing out of his pink and green van, and camping with his family. Don was known as a social butterfly and would make lifelong friends where-ever he went.