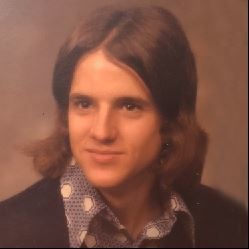 Due to the recent outbreak of the Coronavirus, public officials have strongly recommended to keep Don's funeral Mass to family. Don would have wanted his friends to be in a safe environment during this time of uncertainty. His family understands and appreciates your thoughts and prayers.

Don passed away Tuesday, March 31, 2020 at the Marian Manor after a long courageous battle with cancer.

Donald Schumacher was born August 8, 1958 in Richardton to Konston and Lauretta (Freitag) Schumacher. He graduated from Glen Ullin High School in 1976. Don worked as a laborer for Kaiser, building the power plant in Beulah. He also worked for Greff Sanitation, Glasser Construction and the city of Glen Ullin. Working with Greff Sanitation was his favorite job. He worked alongside Annette picking up your junk that was his treasures. Don was a quiet man, who never showed pain during his fight with cancer. He loved to spend time with his family, especially his nieces and nephews.

He is preceded in death by his father, Konston Schumacher; brother, Jeffery Schumacher; and nephew, Jeremy Schumacher.
To order memorial trees or send flowers to the family in memory of Donald Schumacher, please visit our flower store.