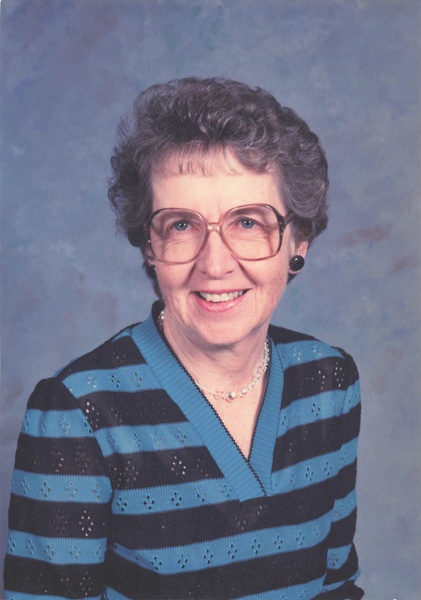 Donna married Donald Olson on November 29, 1949 at the Rainy Butte Church and recently celebrated their 72nd wedding anniversary. They had three children; Bruce, Brad, and Barbara. They lived in Slope County for six years before moving to the Hegge farm in Hettinger County, which they later purchased from Donna’s parents. The farm was homesteaded by Donna’s grandparents and later was recognized as a Centennial farm. The farm remains in the family today.

Donna was a farm wife and partner to Donald. Always there to help drive truck, unload wheat, run for parts, bring food to the field, whatever was needed.

Donna loved her family, always putting family first. Donna and Don were caregivers for their oldest son Bruce, due to health issues. She enjoyed camping, fishing, and walking with the family. Donna also participated in the community, the church, homemakers club and 4-H. She loved flowers and gardening, canning and creating delicious meals from her garden.

Donna was preceded in death by her parents Arthur and Josephine Hegge, and her son Bruce Olson.