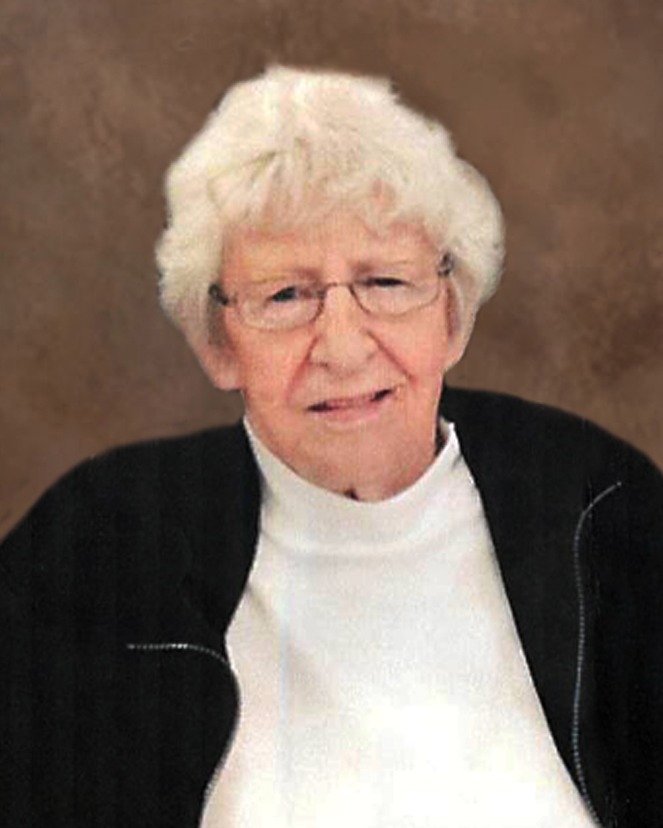 Funeral Mass for Dorothy Kudrna, 92, of Dickinson, will be 10:00 a.m. Friday, October 28, 2022 at St. Joseph’s Catholic Church with Father Justin Waltz celebrating.  Burial will take place in the North Dakota Veterans Cemetery, Mandan, where she will rest alongside her husband Laudie and son Terry.

Visitation for Dorothy will be 5:00-7:00 p.m., Thursday, October 27th at Stevenson Funeral Home with a rosary and vigil service being held at 6:00 p.m.

Dorothy E. Kessel was born on February 27, 1930 in Dickinson, the daughter of Joseph and Ottilia (Herauf) Kessel.  She was the 11th child of 13th born to the Kessel family. She attended school, graduating from Dickinson High School in 1948. She went to college, continuing her education for two years. Dorothy married Laudie Kudrna on June 20, 1949 in St. Joseph’s Catholic Church. Dorothy and Laudie loved to roller-skate and dance. They were often identified as exceptional dancers and they jitter-bugged with the best of them. Their spent many years enjoying good times together, as they were regulars at the Hi-Way Inn in Dickinson. They especially liked Czech music and her hubby Laudie played and sang many years for the ‘Dakota Czechs’. They enjoyed a good life of dancing and romancing together.  She worked 40 years as a consumer ledger clerk for MDU (Montana Dakota Utilities), always known as a numbers person and an excellent clerk.  She got Laudie his job at MDU where he also worked for 39 ½ years. When not working, they liked to dance, fish and enjoyed camping.  The love of their life was their only son, Terry Kudrna. He was their stronghold and lived many years in Lake Tahoe, where they visited Terry and his wife Sandy (Ehli) many times.  Laudie passed away December 7, 2001 and then her son, Terry passed away August 27, 2019. Dorothy was a member of the German-Hungarian Lodge, St. Anthony Club, VFW Auxiliary and the American Legion Club.

Dorothy is survived by her sister, Ludy Kostelecky of Spokane WA; and brother, Erv (Marilyn) of Dickinson.

She was preceded in death by her parents, Joseph and Ottilia; brothers, John, Frank, Ted, Christ, George, Ed and Jerome Kessel; sisters, Margaret, Katie and Judy.