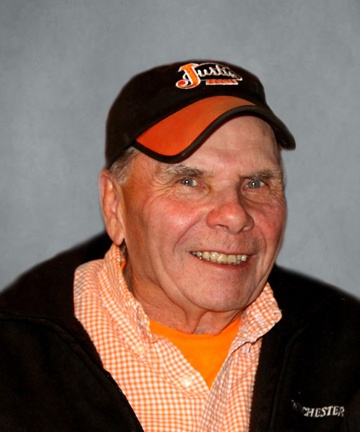 Visitation for Duane will be from 6:00 p.m. – 8:00 p.m., CT., Tuesday, March 1st at the church. Visitation will continue an hour prior to the service on Wednesday.

Duane passed away Tuesday, February 22, 2022 at CHI St. Alexius Health in Bismarck, surrounded by his family.

Duane Loyd Miller was born February 17, 1943 to Gust and Martha (Sayler) Miller. He grew up on the family farm southwest of Glen Ullin. Duane attended country school and graduated from Glen Ullin High School in 1961. Duane continued to farm in the Glen Ullin and New Lepzig area until moving his operation in 1979 to McIntosh, South Dakota. Years later he expanded his farming and ranching operation to Meadow, South Dakota and the surrounding areas. He married Ardis Krueger in 1967, and to this union four boys were born; Chad, Lance, Dallas and Justin. They later separated. Duane met Vickie Lee at a dance in 1996. The couple was married September 25, 2004 in Minot. Duane enjoyed spending time with family, neighbors and friends. He also enjoyed music, especially Polkas and attending gun shows, where he acquired many Winchester Guns.

He is preceded in death by his parents, Gust and Martha; brother, Chester and infant brother, Waldy; and grandson, Dalton Wayne Miller.
To order memorial trees or send flowers to the family in memory of Duane Miller, please visit our flower store.