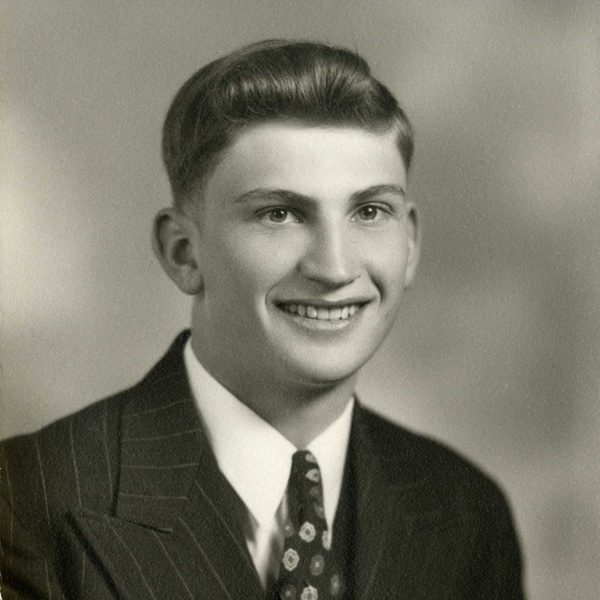 Funeral Mass for Edward Mathias Baar, 92, of Dickinson, will be 10:00 a.m., Wednesday, December 18, 2019 at St. Wenceslaus Church in Dickinson, with Msgr. Patrick Schumacher celebrating.  Burial will be held at a later date.

Edward passed away on Saturday, December 14, 2019 at St. Luke’s Home in Dickinson.

Edward Mathias Baar was born on June 5, 1927, the son of Frank and Theresia (Huth) Baar, on the family farm 9 miles southwest of Gladstone.  He attended Shipley Country Rural School and graduated from Dickinson Central High School in 1945.  In 1946 he enlisted in the U.S. Army and was stationed in Belgium; Ed was honorably discharged as Corporal.

On April 24, 1957 he was united in marriage to Veronica Marie Berger at St. Joseph’s Catholic Church in Dickinson.  Ed and Veronica made their home in Dickinson where they raised four children and one granddaughter, Vernette, Kevin, Kenneth, Kari and Melanie Ann Warren.

Ed worked hard all his life providing for his family.  As a truck driver for GTA, he drove well over a million miles without an accident.  He enjoyed fishing, bowling, playing baseball, pinochle and shooting pool.  He was a member of the Dickinson Knights of Columbus Club 6308, the German Hungarian Club and the St. Anthony Club.

Ed’s contagious laughter, sense of humor and witty one liners will be sorely missed by all those who knew and loved him.  We take comfort in believing he is now reunited with his beloved daughter, Vernette.