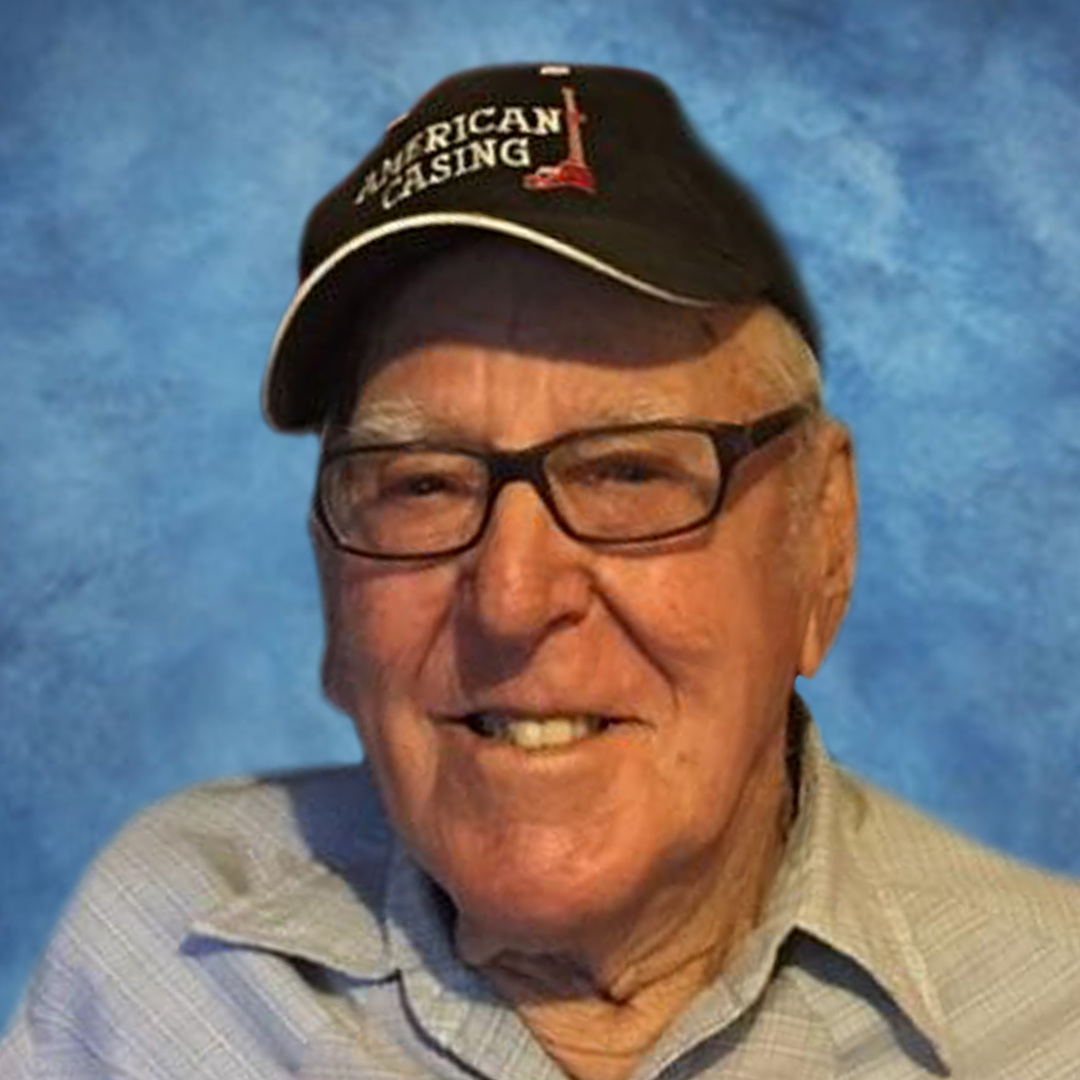 Edward Samuel Krieger, 96, longtime rancher in the White Earth Valley, passed away at his residence on Saturday, January 12, 2019.

A funeral Mass for Edward will be 8:30 a.m., Saturday, January 19, 2019 at Queen of Peace Catholic Church, Dickinson, with Msgr. Thomas Richter celebrating.  Burial will take place at Fairview Cemetery in Stanley.

He was born at home eight miles north of Dunn Center on October 6, 1922, the youngest child of 10 to Ottilia (Sommer) and Frederick Krieger, immigrants from Odessa, Ukraine. He attended Connolly School #2, District #3.

Ed joined the Navy and spent his 20th birthday in bootcamp in Chicago.  He was deployed to the South Pacific Theater where he worked as an aviation mechanic on Espiritu Santo in New Hebrides.  He was later stationed at Fort Lauderdale and Seattle.

When Ed was discharged he went back to North Dakota and worked as a ranch hand with his brother-in-law in the Badlands. He met his future wife, Lucille Schollmeyer, at a dance in Dunn Center and would ride his horse to court her at her farm about 15 miles away.  They both had World War II service in common as Lucille had been a welder at the Kaiser Shipyard in Portland, OR. They married at Killdeer on June 9, 1949 and lived near Dunn Center until Bangs disease nearly wiped out their herd of cattle.


In 1950 Ed and Lucille purchased the Hedger place 17 miles south of White Earth.  In 1952 after suffering severe burns from a shop fire and battling high water when the ice went out on the White Earth River, he moved their house and barn a mile north where he lived for the next 66 years on the Lazy XT Ranch.  Ed retired at age 81 from farming and ranching.

Ed taught himself to play guitar, mandolin, and fiddle and especially enjoyed seeing his love of music passed on to his children and grandchildren and cherished hearing them play and sing for him.  There were many late-night jam sessions playing old time music with neighbors, and he had fond memories of playing at the Old Time Fiddlers’ Contest at the Peace Garden with old and new friends.

One of his favorite things was to take visitors on pickup rides to look at crops and the White Earth Valley scenery.  Ed had an attachment and love of the land and even after retirement, he said he should’ve kept working.  Ed loved a good practical joke and, even more, several rounds of pinochle.

Ed filled a “temporary” position on the Sweetwater District school board and ended up serving on that board for 26 years.  Ed and Lucille won the 1963 Mountrail County Soil Conservation award and he later served as an SCS supervisor. He was a long-time member of the ND Stockmen’s Association.  One of his most touching experiences was going on the Roughrider Honor Flight with the World War II veterans to Washington, D. C. in 2009.  Ed was a member of St. Francis Catholic Mission Church, rural Ross, St. Anthony’s in New Town, and most recently Queen of the Most Holy Rosary Church, Stanley.