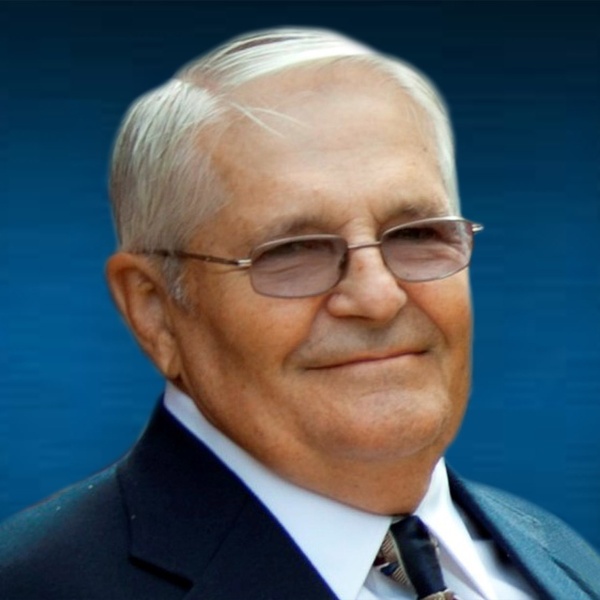 Visitation for Edwin will be from 2 p.m. to 8 p.m., Friday January 11, 2019 at Stevenson Funeral Home, Dickinson with a rosary and a vigil service taking place at 7 p.m.


Edwin passed away Tuesday, January 8, 2019 at Sanford Health in Bismarck surrounded by his loving family.

Edwin was born June 8, 1934 in Lefor, ND, the son of Mathias and Katherine (Martin) Lefor. He grew up on the family farm northeast of Lefor which was homesteaded in 1898 by Edwin’s great-great-grandmother. On September 28, 1955 Edwin and Delores K. Martin were united in marriage at St. Thomas Catholic Church in Gladstone. Together the couple took over management of the dairy and small grains farm for over 40 years before retiring to Dickinson in 1995. During this time on the farm, they raised four children: DeNae, Joan, Arlys, and Deran.

Edwin loved being on the farm; spending time harvesting in his 510 Massy and milking his dairy cows until his retirement. He was a skilled carpenter and woodworker. He could often be found tinkering with various projects as he was able to fix anything. Edwin was the primary mechanic and driver for his 1924 Model T Ford pickup, and was proud of his 1928 Chevrolet truck which he overhauled and restored.

Edwin believed in giving back to his community. As a young boy, he was involved in 4-H and later volunteered as a leader. He served on the Farmer’s Union Elevator Board and was a member of the Stark County Farmers Union Board; serving as chairman. Edwin’s deep faith was evident as he offered up prayers for family, crops, and rain, and prayed the Rosary on a daily basis throughout his life. He was a member of St. Elizabeth Catholic Church in Lefor where he served as a Trustee, Eucharistic Minister, and Rosary Leader. He was a 3rd Degree member of Lefor Knights of Columbus Council #5477, eventually rising to the rank of Grand Knight. Later, Edwin was initiated into 4th Degree, and was elected Faithful Navigator. After moving to Dickinson, the couple joined St. Wenceslaus Catholic Church.

Edwin enjoyed traveling with Delores on various bus tours. They were fortunate to travel to New York, Wisconsin Dells, Florida, and Disneyland. Edwin’s great passion in life was his family. Spending time with and following his grandchildren in their sports and school activities brought him tremendous joy. Edwin was known for his kindess, and for always saying “I love you more.” We feel truly blessed to have had such a wonderful person to call “Dad” and “Grandpa.”

He was preceded in death by his wife, Delores; his parents, Mathias and Katherine Lefor; brother and sister-in-law, Richard and Marian Lefor; and brother-in-law Gerald Rettig.