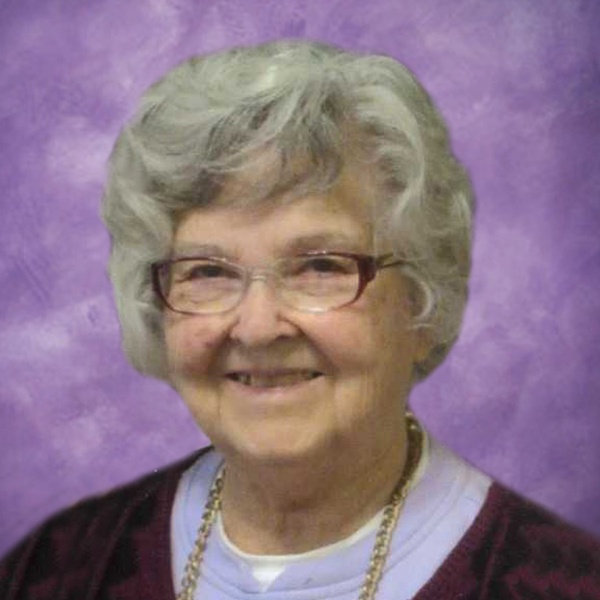 Graveside Services for Elaine Ries, 86, of Dickinson, will be held later this spring in the Lisbon Cemetery.  Visitation for Elaine will be 1:00 pm – 5:00 pm, Thursday, March 14, 2019 at Stevenson Funeral Home in Dickinson.


Elaine May was born December 15, 1932 in Lisbon, ND, the daughter of Vernon and Dagmar (Christensen) Jensen.  She graduated from Lisbon High School in 1951.  Elaine married LaRay Ries on June 7, 1952 in her home town. Together they farmed southwest of Lisbon where they also raised their four children.  Elaine and LaRay farmed until 1973, before moving into Lisbon.  She was a bookkeeper for South Side Repair, helped at Kelsen’s Bakery and was the owner/operator of “The Book Gallery” in Lisbon until 1985.  In 2006, Elaine and LaRay moved to Dickinson.  Her final move was in May 2017 when St. Luke’s became her home.  Elaine was a member of St. Aloysius Catholic Church, Lisbon, St. Patrick’s Catholic Church, Dickinson and Lisbon Business & Professional Women.  In her early days, Elaine was a religious education instructor.  She continued to give of her time, volunteering at CHI Hospital from 2007-2016.