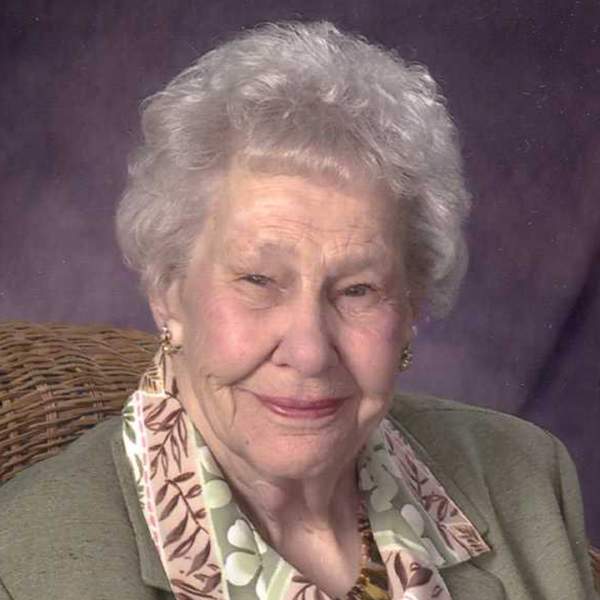 Funeral service for Eleanor Kuch, 102, of Wibaux, will be at 2:00 pm, Friday, May 17, 2019 at the United Methodist Church, Wibaux, MT with Pastor Carol Rhan officiating.


Family and Friends are welcome to stop by Stevenson Funeral Home in Dickinson to sign the guest book.


Eleanor passed away Wednesday, May 8, 2019 at Glendive Medical Center in Glendive, MT.


Eleanor was born March 16, 1917 in Minneapolis, MN. At the age of two she was adopted by Trav and Gertrude Webb. She was raised in St. Paul, MN graduating from Mechanics Arts High School in 1935. She attended the University of Minnesota for two years and graduated from Cables Business College in 1938. She worked as a bank teller in St Paul for several years. She corresponded with a deployed soldier, Irvin Kuch, for four years during WWII. Not long after he was discharged, Irvin and Eleanor were married on October 1st, 1946 in St Paul, MN.


The newlyweds left for Montana where Irvin worked for Mountain Bell as a foreman on a travelling line crew. They lived in a 20’ travel trailer moving from town to town in northeastern Montana for several years. During this time two children were born – Joanne May in 1948 and William John in 1949. When Joanne was school age they settled in Wibaux where Eleanor spent the rest of her life. Marilyn Joyce joined the family in 1956.


Eleanor’s commitment to her community was evident by the many organizations she was involved with over the years. She was a member of the United Methodist Church and served in several different capacities on the board, 4-H leader for over 15 years, Red Cross Volunteer, Republican Women’s Club, Election Judge, Garden Club, Nursing Home Auxiliary, and more (too numerous to mention). She was the recipient of the RSVP Volunteer of the Year in recognition of her many volunteer activities.


She was an avid gardener – flower and vegetable. Many remember her for walking around the town of Wibaux. An enthusiastic Wibaux Longhorn fan, she attended as many basketball and football games as possible. Jigsaw and crossword puzzles were a hobby of hers. She was devoted to her grandchildren and spent numerous hours playing board games with them and attending their sporting events.


At age 89 she moved to the Golden Valley Manor in Beach, ND. She lived there for two years before moving to the Wibaux County Nursing Home where she resided until the time of her death.