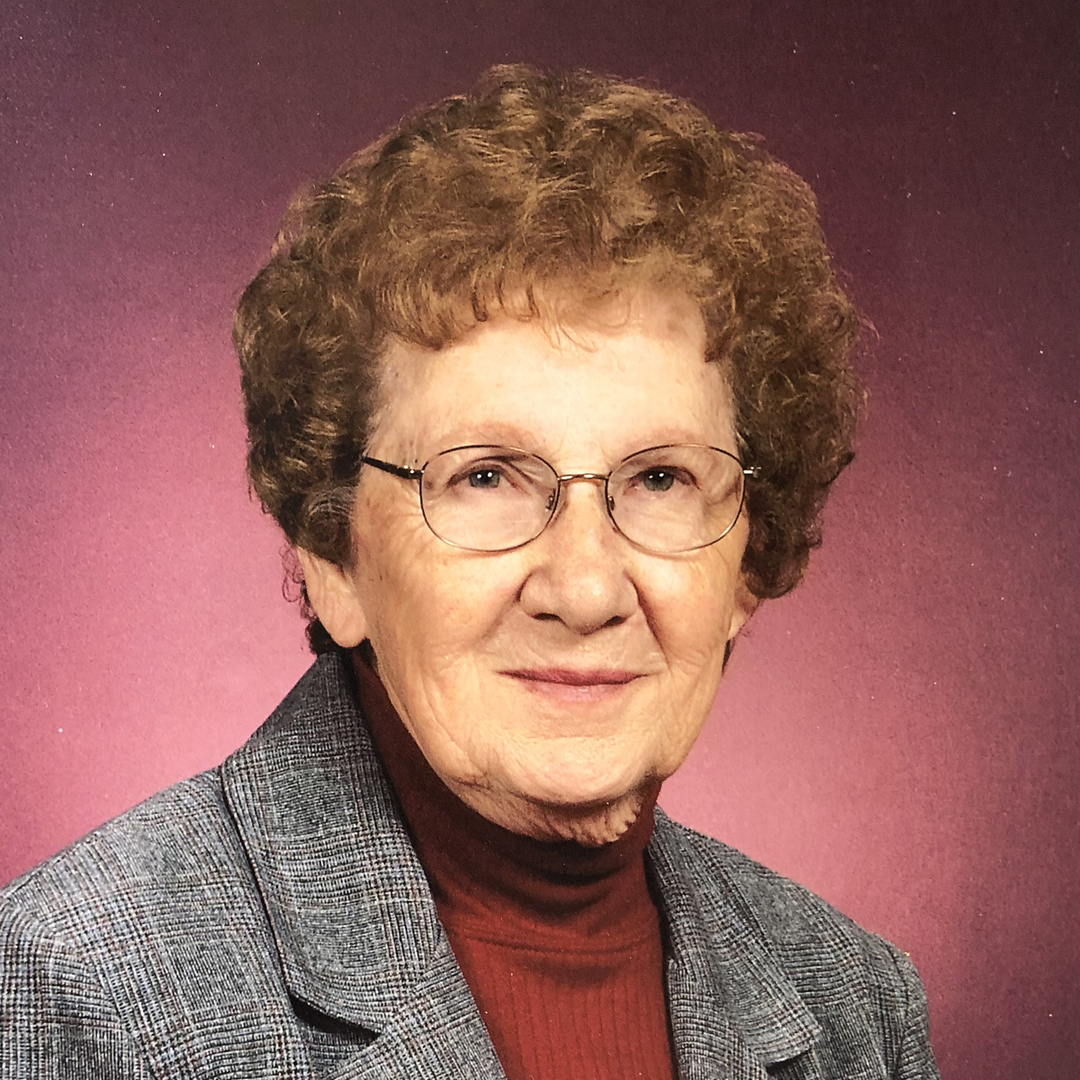 
Eleanor Wehri was born December 11, 1921, north of Glen Ullin, the daughter of John and Theresa (Filibeck) Schirado.  She attended rural country school near her home in Oliver County through the eighth grade.  Eleanor helped out on the family farm until her twenties when she moved to Michigan to work in a defense plant making plane parts for the war.  On October 23, 1946, Eleanor and Urban Wehri were married in Saint Benedict’s.  Together, they started farming northeast of Glen Ullin, until retiring to the town of Glen Ullin in 1996.  In 2008, Eleanor moved to Marian Manor in Glen Ullin and has made it her home ever since.


Eleanor and Urban loved to dance.  They were known to drive long distances to dance to the best orchestras.  They also enjoyed playing pinochle and traveling.  Eleanor was a member of the St. Clements Christian Mothers.


Eleanor is survived by her sister-in-law, Vivian Schirado of Bismarck; and numerous nieces, nephews, cousins, and in-laws.